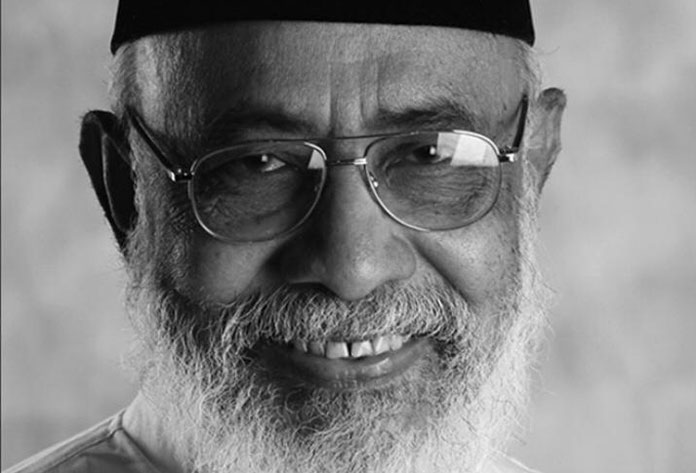 A force of nature, he was a true champion of the rakyat’s interests and of the environment, writes Martin Khor.

SM Mohamed Idris was one of a kind. He was a force of nature. And in more ways than one.

His passing away on 17 May was the passing of an era. I doubt we will be so fortunate to have someone like him again.

He had such an incredible mind, with an insatiable thirst for information on all kinds of issues, from the most minute to the largest. He could process and synthesise all that information and see the links between them. And then translate them into points for concrete actions and policies.

He put this intellect, creativity and knowledge of practical action into constant use, day after day, from his adolescence till the last day of his 93 years of life. Family and friends told him to take it easy, especially in the last few months.

But he could not. He was driven by a burning passion to right the wrongs in the local community, the country, and the world. He could not bear to read that children go hungry, when so much food is wasted.

He would be incensed by the chopping of trees, whether in cities or on the hills and in forests. He could not stand that Malaysians’ health was being threatened by unsafe food, occupational hazards, road accidents, polluted air … when all these could be prevented.

Most of all, he wanted ordinary people to stand up for their rights. “Complain!” became one of the popular slogans of the Consumers’ Association of Penang, which he led for 50 years. If you are cheated, if the house you just bought has holes or cracks in the wall; if your workplace is harming your health; if the forest in which you go hiking is being felled; don’t just take it or grumble to yourself. Make an official complaint, mobilise your friends and neighbours, assert your rights, and fight back!

This rallying call of Idris became CAP’s guiding philosophy. Idris transformed the objectives of the consumer movement. Instead of focusing on which brand of camera or car to buy (the traditional main issue of consumer organisations), he redefined the movement’s concerns towards whether the basic needs of food, health, education, housing and having a job are being met.

By steering CAP in this direction, Idris opened the path for citizens not only in Malaysia but also many other countries, to broaden the scope of the issues that consumers can and should take up.

CAP operated in its earlier years under difficult conditions, when government was very sensitive to public criticism, let alone protests.

I remember when returning from overseas studies in the mid-1970s, I read an issue of CAP’s Utusan Konsumer, with a front-page photo of huge casuarina trees with their roots exposed by erosion in Penang’s Gurney Drive beach, and the headline, “The death of Penang’s trees.”

“Aren’t you afraid of being arrested and CAP being closed down?” I asked Idris.

His answer: “We just have to highlight this problem.”

This incident reveals how scared ordinary Malaysians were at that time, how restrained the media were and how Idris saw CAP’s role as speaking up when no one else was willing to.

Through the annual CAP seminars (usually 50 speakers and papers on all aspects of a specific topic like the state of health, education or rural development, the economy and even the administration of law and justice), CAP pushed the envelope to assert that all these were legitimate issues to take up.

“We pay the taxes that finance the government’s operations,” Idris would say. “We thus have the right to give the government our views on how the ministries and agencies are performing and how to improve.”

In 1982, the new Environment Minister Amar Stephen Yong visited CAP and told us this was among his first acts because it was CAP’s work that led to the ministry being formed.

The environment became so important an area that Idris initiated another organisation to deal with it. Thus was born Sahabat Alam Malaysia, which Idris also led for 40 years.

In the early 1980s, Idris discussed with us the need to expand CAP’s work internationally as the source of many problems lies in the global system.

So the CAP conference of 1984 was on the development crisis in the Third World. Experts, journalists and activists from all over the world took part. They urged CAP to set up a network to tackle the problems faced by developing countries in the imbalanced world system. Thus was established the Third World Network.

Idris was a household name in Malaysia but he was also well-known internationally. When I visited the office of the famous American consumer icon Ralph Nader and said I was honoured to meet him, he surprised me by saying: “The honour is mine. I have heard all about Mohamed Idris and CAP. He is the world’s consumer rights champion.”

The renowned public health activist from South Africa, Prof David Saunders, was impressed after visiting Idris and CAP. “You have set up a whole effective machinery for citizens to know and fight for their rights.”

Idris was far ahead of the curve on many issues.

He started an anti-sugar campaign three decades ago when few knew the full extent of the dangers of excessive sugar intake.

CAP took up the climate change issue long before the governments recognised it as the biggest threat to the world’s survival.

Antibiotic resistance, now seen as the biggest global health problem, was taken up by CAP in the 1980s.

Many laws have been changed or created because of Idris’ memorandums and discussions with various government ministers and officials.

And many planned projects that he viewed as being wasteful or damaging to people’s interests or to the environment have been cancelled or modified. For example, CAP successfully campaigned with other NGOs to save Penang Hill from a massive development project in the early 1990s.

Idris cared deeply for the poor and downtrodden. He got CAP and SAM to prioritise supporting the rights and welfare of fishermen, farmers and smallholders, estate and factory workers, squatters, land and house tenants, the natives of Sarawak, the Orang Asli, the foreign workers. And this started decades before the “bottom 40%” or B40 became a popular term.

In his view, these would cause Malaysia to give up many of its important present policies and compromise the country’s sovereignty. He met personally with the then international trade minister to press home his points and sent a series of letters and memos to numerous ministers.

His last big battle was against the RM45bn Penang transport masterplan, which he was convinced would ruin Penang’s environment and way of life. In recent months, he personally led two protests, including one near the site of the planned three-islands reclamation project in southern Penang Island.

Idris was a simple man, who always wore a white kurta (Indian-style shirt) and sarong.

He was not one to chase for awards. The only three he accepted were the Right Livelihood Award (known as the Alternative Nobel Prize), the Tun Abdul Razak Award and the International Islamic University’s inaugural Ibni Khaldun award last November (though he insisted the award be given to CAP and not himself).

He was not one who rested on his laurels. On the contrary. Despite so many achievements, Idris was always frustrated that there were so many injustices in the world and that Mother Nature was facing the worst ever crisis. So he drove himself and others to continue the work started so long ago.

When I last met him at his Rose Avenue home in Penang two Sundays ago, he was full of energy, reminding me to get CAP to take up all the many unresolved issues.

Even after his death, his daughter Fatima told me her father, while in hospital, wanted her to convey to me to do research on why reducing food waste would also lower food prices.

I started by saying Idris was a force of nature. Such a force is someone who does not follow the normal ways of the world but charts his own way, creating a path that others follow. As for Nature, he had the rare gift of seeing the inter-connectedness of things, and within that, the central importance of protecting the environment.

Rest in peace, Mohamed Idris, one of the very finest sons Malaysia has ever produced and a true champion of the rakyat’s interests and of the environment. Rest assured that many in the country and around the world will carry on the work you devoted your life to.

Martin Khor is honorary secretary of the Consumers’ Association of Penang and advisor to Third World Network, two of the organisations that SM Mohamed Idris founded and led.