It is time for Malaysians to reject ethno-religious political leaders who exert religious exceptionalism that is detrimental to multi-ethnic unity, Ronald Benjamin writes.

If one were to look at the current crises around the world related to politics, religion or morality, one will observe the trend of exceptionalism, which is the tendency to view the world with a superior eye and the belief that justice is right so long as it fits into a particular political or religious sectarian ideological paradigm.

Pasir Puteh MP Nik Muhammad Zawawi Nik Salleh’s statement that there is no need for him to apologise for saying that the Bible has been corrupted or manipulated shows not only his arrogance but also an attitude of exceptionalism that is dangerous to a multi-ethnic and multi-religious society.

Nik Zawawi reportedly said Christians should not be offended, claiming his statement was “a fact”. He even said they had no right to be offended. In other words, is he saying that Christians have no right to defend their faith from being distorted?

One observes a similar thinking pattern among the Zionists in Israel, the Christian right in the US, the Taliban in Afghanistan, the Hindutva in India and the communist regime in China. Records show that a significant number of Christians have fled West Asia due to Islamist exceptionalism resulting in terrorism. Such exceptionalism has resulted in the scourge of civil war and terrorism in West Asia.

In China there are rehabilitation programmes in the Uighur region because the communist regime believes its ideology is exceptional.

Nik Zawawi should understand that the question of facts does not emerge from an ideological disposition. It comes from an objective understanding of religion from the perspective of those who adhere to the faith. It is puzzling that Nik Zawawi’s understanding of facts is clouded and restricted by his religious ideology and his skewed understanding of the Christian faith. 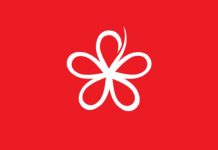