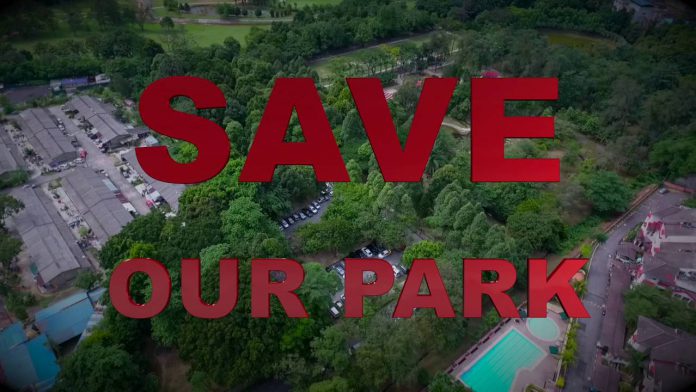 It was reported on 27 January 2021 that the three-judge panel of the Court of Appeal, led by YA Mary Lim, unanimously decided that an order for a proposed development, obtained in 2017 by the joint venture between Yayasan Wilayah Persekutuan and private developer Memang Perkasa, for the Taman Rimba Kiara project is null and void.

As a result, the court found in favour of the appellants, comprising the management corporation of several condominiums in the Taman Rimba Kiara vicinity as well as property owners, and has halted the proposed development that would cause irreversible destruction to the ecosystem and the biodiversity of the flora and fauna in Taman Rimba Kiara.

The Malaysian Bar wholeheartedly welcomes this decision as it is a triumph for the community and lawyers involved, who have spent several years combating the decision of the High Court in order to preserve Taman Rimba Kiara as a public park and green lung for Kuala Lumpur.

The desire of the community to preserve the sustainable ecosystem motivated them to fight against commercial entities and governmental authorities, a fight in which they emerged victorious in the end.

The primary legislation governing our country’s environmental policy is the Environmental Quality Act 1974 that serves to prevent pollution and enforce action against those who cause harm to the environment.

However, the Malaysian Bar takes the view that there needs to be greater enforcement powers to the relevant authorities and harsher punishments meted out to polluters to curb widespread pollution.

Environmental issues have become increasingly complex, and the Environmental Quality Act should be amended accordingly to tackle these issues.

Support the struggle to build a Malaysia based on Justice, Freedom, Solidarity:
READ MORE:  The Najib Razak 1MDB Trial Ep 71: A series of unfortunate delays

The Bar Council Environment and Climate Change Committee had participated in a public engagement conducted by the Department of Environment for the formulation of a new Environment Protection Act to replace the current Environmental Quality Act.

In May 2019 a subcommittee under the Environment and Climate Change Committee submitted written feedback on the draft Act. A good example of successful legislation is the Wildlife Conservation Act 2010 that replaced the Protection of Wildlife Act 1972 to combat smuggling and poaching of wildlife. The Wildlife Conservation Act gave recognition to the current threats to Malaysian wildlife and introduced stricter penalties for lawbreakers.

The Malaysian Bar also hopes that more lawyers will take up public interest litigation on a pro bono basis, more so on matters affecting basic rights and environmental issues.

It is provided in Article 5 of the Federal Constitution that “no person shall be deprived of his life or personal liberty save in accordance with law”. This has been interpreted by the Court of Appeal to include “the right to live in a reasonably healthy and pollution-free environment”.

According to the panel of judges in the case of Tan Tek Seng v Suruhanjaya Perkhidmatan Pendidikan & Anor [1996], “Article 5(1) does not mean that one is only entitled to mere existence. It incorporates all those facets that are an integral part of life and those matters which go to form the quality of life.”

Malaysia has met with an onslaught of water pollution incidents in 2020, and as a country, we have faced problems relating to haze and smog over the years due to deforestation. Deforestation on a grand scale without proper measures and planning results in environmental changes, which could potentially lead to massive floods. We have already faced flooding in several states recently.

Proper enforcement of environmental laws is necessary to curb activities that will cause irreparable damage to our natural habitat. It is important for us to preserve green lungs for our future generations.

We hope that the Court of Appeal’s decision in this matter can set a good precedence for cases in the future and provide the case for better protection of our environment from preventable harm and damage.