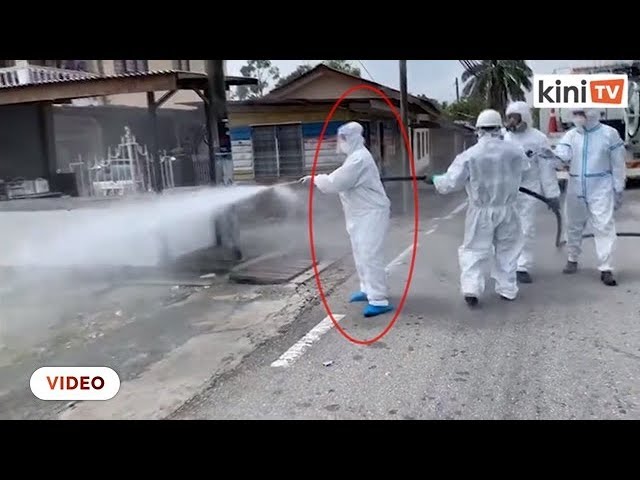 Politiicans should make sure policies work for the benefit of the public instead of indulging in useless stunts for cheap publicity, WH Cheng writes.

Recently, we saw Housing and Local Government Minister Zuraida Kamaruddin carrying out a publicity stunt, demonstrating her alleged “expertise” in spraying disinfection along the streets.

Wearing complete personal protective headgear with the word “MENTERI” on her forehead, she was in fact encouraging her officials to waste much-needed public assets. Such protective gear, which is believed to be in short supply nationwide, should not be unreasonably used and wasted just to demonstrate her so-called “commitment” in carrying out such jobs on her own. In other words, this is all fake. This minister must know that she is not paid to do such a job.

Hospital, clinics and quarantine centres are in dire need of such protective gear, and she was just wasting it for cheap publicity. Come on, Zuraida, you are not an expert on disinfection or sanitation but only an ordinary politician. Let the real experts carry out their jobs.

The experts could wear it to perform their jobs because they are trained to carry out such work, while she is not. She is just out to get publicity while wasting public assets.

She should just stay where she is supposed to be and make sure policies work for the benefit of the public. She should just refrain from useless stunts.

Probably she plan to be popular in becoming Deputy PM soon.
Anything is possible via back door

A minister who has to resort to such gimmicks for cheap publicity is not worth the salt of ministership! By the way, which favored company sold the chemical used for spraying roads to the Fire Department and for how much?

Very good question. Looks like with this Covid 19 emergency nobody talks about Open Tender or Accountability now. In a years time the nation will be caught off guard with another few billions gone with the wind.