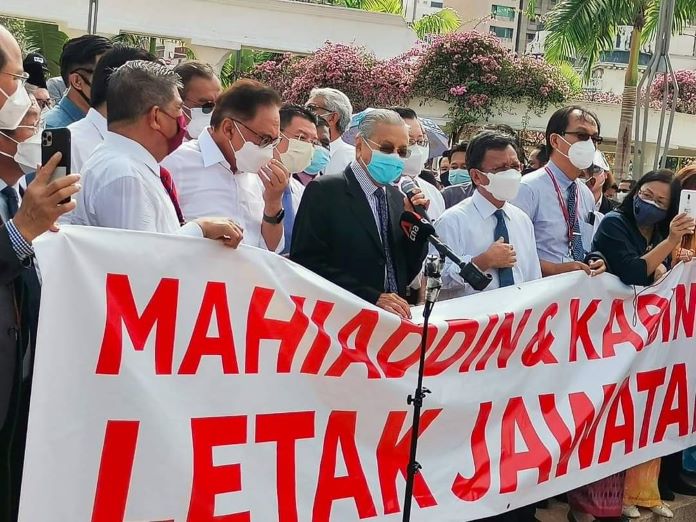 Patriot views the developments this morning with grave and deep concern.

We, as citizens who fought for the freedom and sovereignty of this our beloved nation Malaysia, defending King and country with our lives and limbs, view the sealing off of Parliament this morning as a direct attack on the rules-based democratic order that we have fought hard to win, safeguard and cherish.

Patriot members, comprising veterans from the military, police and civilians, call upon Mahiaddin Yasin to cease to continue to weaken the nation’s parliamentary democracy and its rights, and the dignity and honour of our sovereign institutions and the Yang di-Pertuan Agong.

Shutting the gates and the road to Parliament and denying our legally elected parliamentarians access to their legitimate office is offensive injustice. Ordering a heavy-handed presence and security cordon is a threat to and mockery of democracy and the rule of law.

We take painful note that all our elected representatives from the opposition bloc had to walk and assemble in the sun at Dataran Merdeka in protest the serious coercive stripping of rights that is being executed by the very government that Malaysians believe committed treason against our sovereign ruler, his Majesty the Agong.

As experienced defenders of this nation, we have every reason to worry over the current situation being forced upon the nation by Mahiaddin’s government.

Patriot warns Mahiaddin’s government to stop trampling upon the nation’s democratic history and immediately restore and uphold the Federal Constitution and our revered constitutional monarchy.