Malaysian authorities should stop jailing violators of the country’s movement control orders, which places all detainees, prison staff, and society at greater risk of Covid-19, Human Rights Watch has said.

The government should instead use the newly created facilities for lockdown violators to help reduce the overcrowding in its prison system.

Malaysian authorities have arrested more than 15,000 people for contravening the movement control orders put in place on 18 March 2020 to control the spread of Covid-19.

Initially the authorities sent alleged violators to jail, but later shifted to on-the-spot fines after the director general of the Prison Department objected, raising concerns that prison overcrowding already made social distancing “impossible”.

But on 15 April the government again shifted tack, and Senior Minister Ismail Sabri Yaacob announced the government would criminally prosecute those violating the control orders and convert 13 police academies into detention centres.

“The Malaysian authorities should understand that protecting the country’s entire population from Covid-19 means reducing its crowded prison population, not putting more people behind bars.”

Since mid-April, police have arrested hundreds of people for breaching the movement control orders and detained them in police lockups.

While the courts sentenced some with fines or requirements to perform community service, many others received jail sentences ranging from two days to several months. Those who cannot pay the fines have also been imprisoned.

Forty-one Myanmar nationals arrested for having a party spent six days in a police lock-up before being fined and transferred to a crowded immigration detention centre.

A university student was sentenced to seven days in jail and a fine of RM1,000 for leaving her house to take a cake to her boyfriend. She faces an additional two months in jail if she fails to pay the fine.

International guidance says the most important approach for detention centres to prevent transmission is to impose “social distancing”, defined as allowing two metres of separation at all times among detainees and staff, including during meals and within cells.

It is also critically important to isolate people at high risk, those testing positive or with symptoms consistent with Covid-19, and their close contacts. However, such measures are not feasible in Malaysia’s overcrowded prisons and detention centres.

Countries around the world have already experienced Covid-19 outbreaks among prison populations.

On 25 March the UN subcommittee on the prevention of torture said governments should “reduce prison populations and other detention populations wherever possible,” taking full account of non-custodial measures provided for in the UN Standard Minimum Rules for Non-Custodial Measures, known as the Tokyo Rules.

The UN high commissioner for human rights, Michelle Bachelet, has also called on governments to reduce detainee populations as part of overall efforts to contain the Covid-19 pandemic.

Malaysia, which has not announced any jail or prison releases to reduce overcrowding, should immediately take steps to do so, Human Rights Watch said.

The government should provide alternatives to detention for inmates held for low-level, non-violent offences, giving priority to people in the following at risk-categories:

By taking these steps, Malaysia could then use the additional detention facilities created for movement control order violators to reduce overcrowding in its existing prisons, Human Rights Watch said.

Doing so will enable the government to better protect those already in custody, prison staff and the surrounding community.

“By flouting Malaysia’s movement control order, people are putting others at unnecessary risk and should face consequences, but jailing them is not the answer,” Robertson said.

“The Malaysian government should be moving quickly to reduce and disperse its jail and prison populations to prevent a Covid-19 outbreak that would have disastrous results, both inside the prison system and outside of it.”

Covid-19 to cause an increase in child marriages? 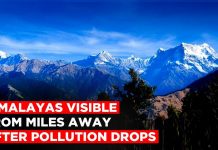 Covid-19 has taught us a lesson we should never forget

Pay RM1K and NOT go to Prison but if NOT ABLE TO PAY THEN GO TO PRISON?

# Is this not biased towards the rich especially to those to whom RM1K may be just loose change?

# RM1K may not be a fair law as it may not have the DETERRENT effect on the rich and thus
SHOULD LAWS NOT BE SO DRAFTED AND APPROVED TO HAVE THE INTENDED EFFECT?

Or us there a problem with the implementation of the law?