Sisters in Islam (SIS) is appalled by the news in Terengganu, where six individuals were arrested, imprisoned and summoned by the Terengganu Religious Affairs Department (JHEAT) for deliberately missing their Friday prayers.

Article 11 in the Malaysia Constitution states that everyone is free to practise their religion. It is therefore unbecoming to see religious bodies like JHEAT failing to uphold these basic values.

This act of moral policing by JHEAT violates the basic tenets of Islam which stand for justice, compassion and peace. The Qur’an clearly states that no one should be forced into practising any religion in its verse, “Let there be no compulsion in religion” [2:256].

Moral policing in the name of Islam is a cruel abuse of power, which needs to be addressed and banished. There are many verses in the Qur’an that reject this act of spying and backbiting such as, “do not spy on each other behind their backs” [49:12], “do not enter other houses except yours without first asking permission; and if asked to go away, turn back for this is proper for you” [24:27-28] and “when you judge among the people, do so equitably” [4:58]. It was also reported that our Prophet said: “do not go out and search for the fault of others” (Sunan Al Dawood, 2283).

JHEAT’s disgraceful act of spying shows an act of misplaced priorities for the country as there are many other pressing issues that need to be addressed more urgently such as poverty, child marriage, female genital mutilation, domestic violence and marital rape.

We call for the immediate release of the men who have been charged and for laws to be reformed from being punitive to reformative, in line with the spirit of Rahmatan Iil Alamin as promoted by Mujahid Yusof Rawa. Initiatives should instead be put in place to promote greater understanding of Islam as a gentle religion whose followers are compelled to practise willingly out of love for God instead of fear of man. 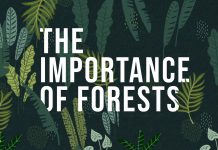 How did those who did the spying perform their prayers when those spying were doing the spying?