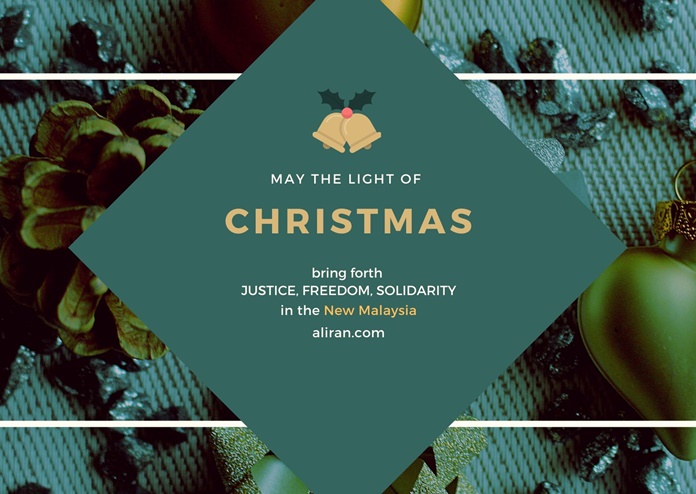 One principle for nation-building in a multi-ethnic and religious society is the ability of the nation’s leaders to work with a heart of solidarity by immersing themselves in human reality and understanding the context of the joys and sufferings of the people they represent.

It is certainly not about race and religion. It is about transcending a limited vision and moving towards a broader vision of embracing the goodness, beauty and truth in ‘the other’, knowing that such qualities are from the work of the divine Creator.

It is not about a top-down ideological approach to issues, but a bottom-up and horizontal understanding of reality.

Christians in Malaysia will celebrate Christmas on 25 December with the understanding that God became man to be in solidarity with human beings.

The Christmas story says that Jesus was born in a manger in Bethlehem without glamour and luxury – the antithesis to the mighty, opulent Roman Empire of the time.

The environment of the stable, where animals feed and defecate, symbolises the reality of a child born in the most marginalised context.

The message of Christmas is rooted in love that embraces the reality of human conditions while transforming it with divine light.

Since the recent general election, Malaysia has gone through a maturing process with the formation of a multi-coalition government, which shows some semblance of solidarity for the common good of the country even though it is imperfect in substance.

Prime Minister Anwar Ibrahim has so far shown he is willing to reject the opulence that used to come with unchecked authority.

For such an approach to bear fruit in the long term, it is vital that elected politicians are able to shun opulent and elite lifestyles and embrace the reality of the people around them.

In this way, they will be able to articulate the realities and aspirations of the people accurately to achieve genuine progress rather than indulging in a half-baked race-and-religion narrative or narrowing down all issues to the economy.

Human reality should be understood from a spiritually holistic perspective.

May the spirit of Christmas that embraces and transforms reality be a source of unity among the people.