The recent political turmoil in Sabah that caused the state assembly to be dissolved has left foul words in the mouth of most Malaysians.

Indeed, and rightfully called political frogs, a connotation that is most demeaning, the so-called ‘Yang Berhormat’ – those who lured and those lured by the tens of millions to switch sides – deserve to be condemned. These political frogs have shamed themselves, their families, their communities, the whole of Sabah, and all Malaysians.

Elected representatives are leaders of the people. Their words and deeds are respected and revered, and the community sees them as role models. They are garlanded, applauded, photographed and given seats at high tables during public functions.

But nay, their recent antics to lure and to be lured have revealed their nakedness, their pretense, their hollowness in soul and brain. They have no principles. They are betrayers.

Betrayal of one to another is abhorred and is a private matter. Betrayal of the tens of thousands who voted them to office is an unforgivable sin that bears the aggregated curse of the community.

Sabah is an underdeveloped region in Malaysia despite being rich in natural resources and in biodiversity. It has vast deposits of oil and gas, vast tracts of planted oil palm, and it has an advantage in attracting tourism income.

Yet poverty is high, and Sabah ranks among the poorest states with low gross development product (GDP) and per capita income. The state has been grappling with migrant issues for decades.

There seems to be no end to the problem that caused serious socioeconomic and security issues.

The roads to the rural regions within Sabah are appalling – and there is an appalling lack of remedial action among politicians.

Smuggling activities and human trafficking are rampant, especially on the east coast.

Regular floods due to poor drainage systems that cover several districts at a time during downpours are common.

Deforestation and conservation of wildlife is still an issue.

Sabah politicians must wake up and stop being frogs. Show to the people you really care and solve the numerous problems plaguing your region.

Work hard to uplift the socioeconomic welfare of the Sabah people. Make sure Sabah’s GDP is among the highest in the country.

Can you do that? 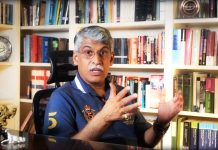 Should ‘party hopping’ be outlawed?

Politics without’jumping frogs’ is honourable. Politicians with virtue and honesty has alot of power and ability to do many things. If corrupt yourself in the lights ‘of monies’ you are doomed. No power because the Rakyat will vote you out of Parliament or the State.

PKR’s move to recover from the “deserters” MR$10 mil is a good first step but I wonder if it will hold in a court of law.

My take is that most MPs, in the name of freedom of choice, will vote against the anti-hopping law simply because being able to cross over can garner the MP millions.

Such is the situation in Malaysia.