Since Raus and Zulkefli have resigned well before the completion of their terms of office, and since no reason has (to our knowledge) been provided, it can be presumed that they now concede that their appointments as chief justice and appeals court president are in breach of the Federal Constitution.

The Malaysian Bar has at all times taken the position that the appointments — as additional judges, and to continue to hold the positions of chief justice and appeals court president — were blatantly unconstitutional.

It is for this reason that we had at the outset called upon both Raus and Zulkefli to decline the appointments as additional judges and to continue to hold the positions of chief justice and appeals court president. We consequently filed legal action seeking declarations that the appointments are unconstitutional and void.

The Malaysian Bar thus reiterates our call upon Raus and Zulkefli to vacate their positions as additional judges as well as their positions as chief justice and appeals court president respectively, with immediate effect, instead of continuing to remain in office until 31 July 2018 (as announced in the press release).

The appointment of positions of high judicial office must always be beyond reproach. The failure of Raus and Zulkefli to heed the widespread disquiet surrounding their appointments undermined the status and stature of their offices.

This caused the erosion of public trust and confidence in the independence of the Judiciary, and their insistence on accepting their appointments as additional judges and as chief justice and appeals court president has done the nation a great disservice.

The judicial branch of government must always be truly independent to uphold the Federal Constitution and promote fidelity to the rule of law. The Malaysian Bar views these resignations as a precursor to judicial reform and the strengthening of the independence of the judiciary.

Apologise to and compensate Ehsanuddin after 29 bribery charges dropped 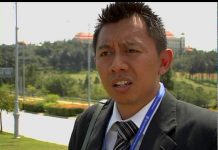