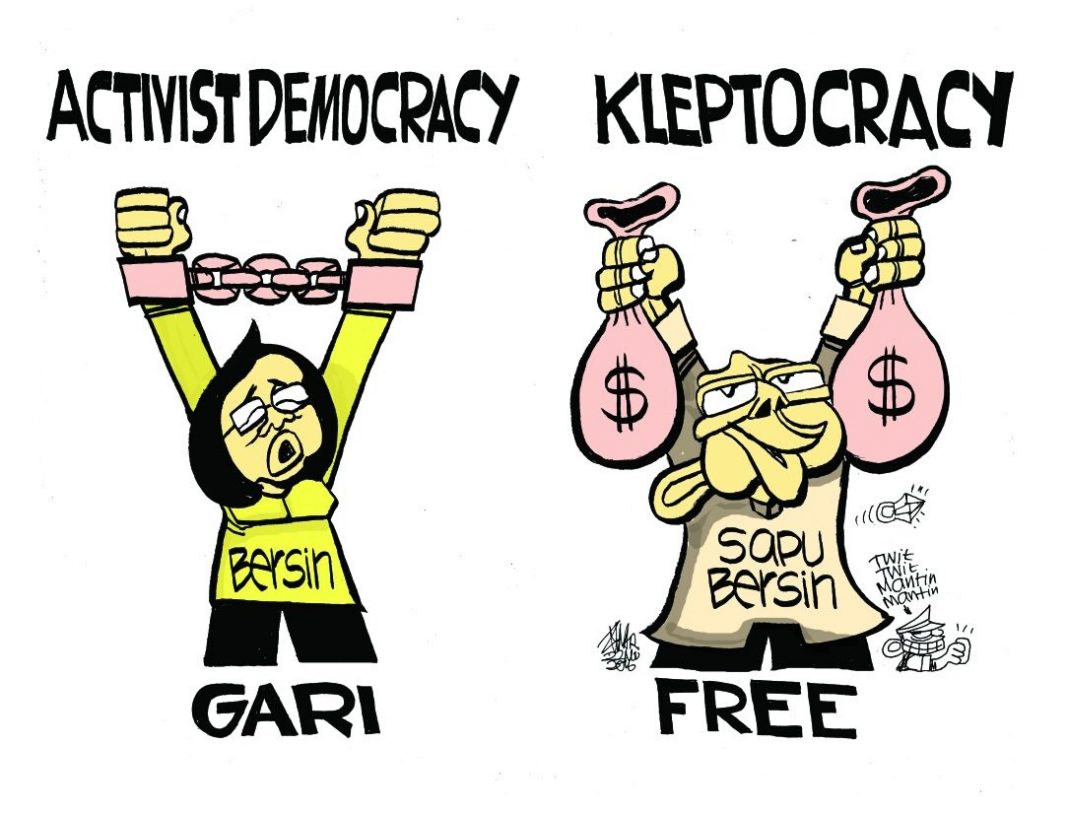 If Sosma is used, then the police do not even have to bring those arrested before a magistrate within 24 hours to obtain a remand order to keep them in detention for further investigations.

(5) Notwithstanding subsection (4), a police officer of or above the rank of Superintendent of Police may extend the period of detention for a period of not more than twenty-eight days, for the purpose of investigation.

Hence, there is no need to even get a magistrate’s remand order. The power for further remand is removed from the magistrate and transferred to a mere police officer.

Our Malaysian Federal Constitution in Article 5(4), states amongst others:

(4) Where a person is arrested and not released he shall without unreasonable delay, and in any case within twenty-four hours (excluding the time of any necessary journey) be produced before a magistrate and shall not be further detained in custody without the magistrate’s authority…

The Criminal Procedure Code deals with what happens after arrest if a further detention order is required by police in the following section:

(1) Whenever any person is arrested and detained in custody and it appears that the investigation cannot be completed within the period of twenty-four hours fixed by section 28 and there are grounds for believing that the accusation or information is well founded the police officer making the investigation shall immediately transmit to a Magistrate a copy of the entries in the diary hereinafter prescribed relating to the case and shall at the same time produce the accused before the Magistrate.

The arrested suspect (and/or lawyer), the public prosecutor and the police all have a right to be heard before the magistrate decides on a remand application.

However, if the police rely on Sosma, then there is no requirement for the police to bring the arrested person before a magistrate within 24 hours. The police can simply continue to detain the ‘suspect’ for any of the about 70-100 “security offences” listed now in Sosma for up to 28 days.

The requirement to bring the arrested person before a magistrate within 24 hours – along with the requirement for an application to the magistrate for further remand orders – gives the magistrate the opportunity to ensure there are no police wrongdoings and these further detentions are really needed for investigation purposes and not for some other ‘wrong’ or illegal objectives, including maybe the ‘torture’ of suspects.

It is important to note that such detention is for investigation only – not for punishment or even reasons like ‘rehabilitation’.

The Magistrate before whom an accused person is produced under this section may, whether he has or has no jurisdiction to try the case, authorize the detention of the accused in such custody as follows:

Hence, the importance of the need for judicial monitoring of the police or other detaining authorities. The independent magistrate, who will also give the right to be heard to all concerned, will then decide the appropriate remand period for the purpose of investigation. If more time is needed, the police may apply again for further remand.

The police have to power to investigate without even arresting or detaining any suspect. Najib Razak, our former Prime Minister, during investigations, was never detained in police cells. This demonstrates how the Malaysian police could still proceed with investigations without resorting to remand orders and certainly not Sosma.

When the government conceded and paid now of Parliament Maria Chin Abdullah RM25,000 in damages and RM5,000 in costs, we saw that as an acknowledgement of the evil of Sosma (The Malay Mail, 18 February 2019).

Sadly, we have not heard of other victims of Sosma being similarly compensated – which raises the question whether preferential treatment was accorded to her for being a government member of Parliament.

(1) Bail shall not be granted to a person who has been charged with a security offence.

The offence concerning “activities detrimental to parliamentary democracy”, enacted during Najib’s Barisan Nasional rule, is vague and ought to be repealed; it is still listed as a “security offence” in Sosma.

Malaysia ought to respect justice and human rights, which also means that one is presumed innocent until proven guilty after a fair trial. This must include the needed checks and balances to prevent abuse of police powers, including:

Sosma is an affront to justice and human rights, and it should be immediately repealed. Everyone arrested, charged and tried should be accorded the same rights and standards as provided for in our Criminal Procedure Code and Evidence Act.

Being elected peoples’ representatives of the ruling Pakatan Harapan coalition, the two arrested may be speedily released.

Madpet calls for the release of all detained under Sosma. Compensation should also be given to all Sosma victims.

Supporting certain people’s struggles for justice and human rights in other countries – be they the Tamils of Sri Lanka, the Rohingyas in Myanmmar or the Palestinians – should not be considered as supporting terrorism or terrorist organisations.

Support for ‘terrorist groups’ should also be confined to the purchase of firearms or supporting violence. Making donations to help the livelihoods of people, reading articles and books, and attending events, memorials and exhibitions and similar activities should never be considered as supporting terrorism. A review of all matters concerning ‘terrorism’ is something Malaysia needs to consider.

Let the police fo their job without fear or favour

All is fair only with god.Man proposes for his selfish desires;God disposes at his will & urgency to keep the balance(equilibrium)

United Nations have a comprehensive list of all terrorist groups that ever existed.

In that list, LTTE is clearly not stated. Initially they were. As the UN representative understood the demographic of the existence of LTTE, they declared LTTE did not fit the category of Terrorist.

*United Nations Security Council Consolidated List
*Google on to this site
*The list is open to public.

It seems aliran is controlled by one race..