Sisters in Islam (SIS) applauds the direction set by Mujahid Yusof Rawa in insisting that what Muslims do behind closed doors is none of the government’s business.

The prioritisation of the concept of rahmatan lil alamin (compassion for all) reflects a mature Islamic position, in line with Malaysia’s ambition to be a modern and progressive country.

Moral policing in both private and public spheres including khalwat raids, punishing people who do not fast during Ramadan and penalising women for their clothing by religious authorities has caused physical, psychological and emotional trauma to Muslims.

The fact that some of these khalwat raids have even resulted in deaths has severely tarnished the image of Islam in Malaysia. The emergence of violent vigilante groups following in the footsteps of religious authorities has grievously harmed not only social order but has also fuelled Islamophobia in the country.

We draw attention to moral policing carried out in public, especially those that have serious adverse impacts on women and transgenders. Our society needs to evolve in being able to differentiate between intruding into the private affairs and personal choices of individuals and reporting incidents of real violations such as domestic violence and child abuse.

SIS looks forward to the ministry’s policies, judiciary activities and the channelling of government funds that will be used to reflect a more compassionate Islam, instead of one that is constantly on the lookout to punish others.

Spying is against Islam 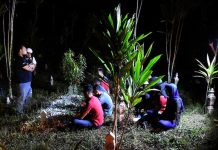 Vigilantism must be curbed at all costs

at last some breathing space for Truth

When race and politics are included, you think it is possible?