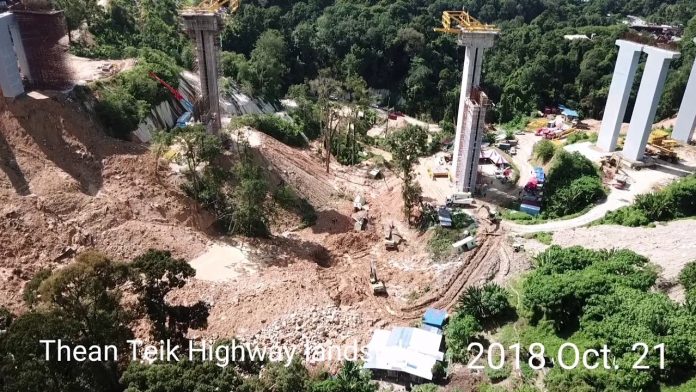 The Penang division of the Malaysian Trades Union Congress extends its heartfelt condolences to the families of Friday’s landslide at the construction site of the Paya Terubong bypass road project in Penang.

Given the fact that this comes close to the first anniversary of another landslide disaster at Tanjung Bungah, where 11 workers became victims, the MTUC Penang Division feels that all construction work on hill sides and elevated slopes in the state should be stopped immediately to ensure that such tragedies do not recur.

The MTUC Penang Division understands that a stop-work order was issued at the construction site concerned following an incident the previous Thursday, more than a week ago. That being the case, the question arises, was the ongoing work in breach of such a stop work order?

If the answer is yes, then the full extent of the law should be enforced onto those responsible. If the answer is no, why were workers housed on the slopes when they ought to have been provided safe and proper accommodation?

The latest tragedy clearly shows utter disregard for a safe worksite culture by employers who must be held accountable for the needless loss of workers’ lives. We therefore demand that a commission of inquiry be formed to investigate this tragedy.

The MTUC Penang Division believes the Penang state government ought to re-think its proposed on the Pan Island Link highway and other transport infrastructure projects. A large portion of these projects would entail massive work on sensitive hill terrains including in the Paya Terubong area.

We confess we are no experts on such matters but we think the hill-site landslides stand as indicators of the fragile challenges to the existing ecosystem of the island. 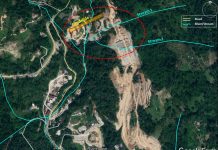 Syabas to MTUC for raising the relevant questions and the constructive suggestions of the inquiry. More and more of the people should voice their opinion….. If the real majority of Penang voice their dissatisfaction with PIL and hill slope projects the government will have to face a major rethink.
Perhaps a traditional method with hardcopy śignatures?