The Consumers’ Association of Penang (CAP) is unable to comprehend the statement by Penang Chief Minister Chow Kon Yeow that there were “certain people” manipulating information on the light rail transit (LRT) project and the Penang South Reclamation for their own benefit, as reported in a daily dated 24 July 2019.

Chow had stated that the Penang government is not hiding any information and urged the public not to believe the digital media and look at the bigger picture.

What is the bigger picture? The bigger picture is that the state’s natural resources are being destroyed, fishermen are losing their livelihoods due to the total loss of fishing grounds for reclamation projects, hills are being massacred for development of highways and other projects, and the public is being confronted with floods and landslides.

A small island like Penang does not require LRT but consideration can be given to autonomous rail transit (ART) and bus rapid transit.

The Penang government is not coming forward to explain why they are hell-bent on LRT rather than ART or bus rapid transit even after various efforts have been made to educate them on the best way to achieve a situation where both the government and the public can be satisfied with the outcome.

Lim Mah Hui of Penang Forum has effortlessly stressed the advantages of ART yet it is rejected many times over the LRT. CAP asks why is that so?

For a long time, Lim has been stating that factors such as population size, ridership, financial costs and sustainability, and environmental issues (noise and visual pollution) must be taken into account to determine the most appropriate type of public transport system for Penang.

Lim had pointed out that SRS Consortium’s estimate of an initial ridership (in 2023) of 42 million per year or 115,000 per day is an unrealistic number. The mass rapid transit line has a catchment population of 1.2 million whereas the population catchment in George Town and the southern part of Penang island is less than 350,000 people.

Another relevant comparison by Lim is Rapid Penang’s total daily ridership which amounted to only 90,000 after more than 10 years of operation with 305 buses plying 71 routes throughout the whole state.

Lim also points out how the actual daily ridership of the Kuala Lumpur rail lines (LRT, monorail and mass rapid transit) fell far short of the projected targeted ridership even after operating for two decades.

Roger Teoh, a PhD transport student at Imperial College, raised the same concerns as Lim saying, “The unrealistic 42 million ridership forecast has been raised four times in public but we have yet to hear a response from the Penang government.”

Roger Teoh had pointed out that the financial viability of the LRT project and the state’s financial health could be threatened if a more realistic ridership projection is used. Not only would the projected economic benefits be significantly lower, the loss in ticket revenue could also cost at least RM120m per year (equivalent to 24% of the estimated revenue for the Penang state budget in 2019).

Clearly the state is trying to manipulate information here. CAP urges the chief minister to come clean and explain to the public the manipulation of the ridership figures for the LRT and population projection for the Penang South Reclamation project.

What would be the best 2020 gift for Penang? 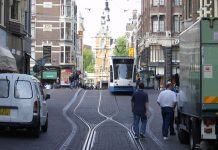