Persatuan Patriot Kebangsaan (Patriot) had on 24 July 2018 made a police report against the director-general of the research division of the Prime Minister’s Department, Hasanah Abd Hamid over a letter that she wrote to the United States CIA director.

The letter purportedly discussed internal security matters and foreign policy matters that should not have been shared, and asked the US to support our previous government if the election result turned out to be close.

It is now 10 days since we made the police report. We are keen to know the status of our report, whether any investigation has been made, and shouldn’t an arrest be necessary. On the other hand, a statement from the inspector general of police stated that the investigation into the police report made by Hasanah herself has been completed and submitted to the Attorney General’s Office.

We had also stated in an earlier statement to the media that the director of military intelligence was alleged to be involved in supporting the then Prime Minister Najib Razak during the election period.

We demanded his resignation should the allegation be true – but as of today, we were told that he is still holding on to his post. He has not denied all the allegations made against him. Neither was there an investigation (to establish the truth or otherwise) conducted against him. 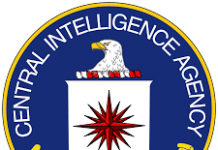