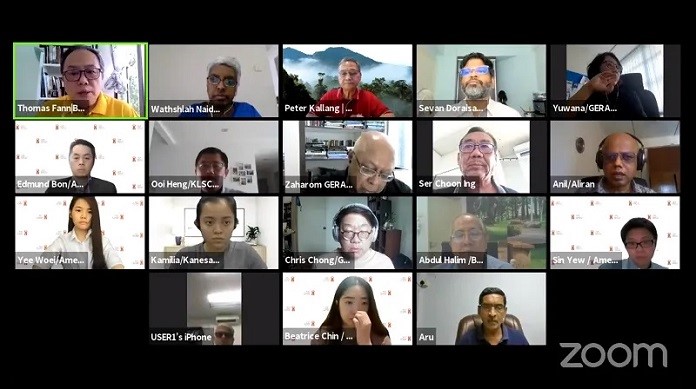 We, the undersigned civil society organisations, involved in various areas of advocacy to strengthen parliamentary democracy and the safeguarding of the civic space, filed a public interest suit today at the High Court against Prime Minister Muhyiddin Yassin and the government of Malaysia, to seek court declarations on issues related to the Emergency (Essential Powers) Ordinance 2021.

We are also concerned that the main effect of the emergency ordinance is the suspension of Parliament while it is business as usual for both the government, judiciary and private sectors, subject to the restrictions imposed under the ongoing movement control order.

We would like the courts to declare if they have the power to review any attempt that circumvents constitutional provisions which require these instruments to be brought before Parliament first.

In particular, we are seeking declarations on whether the Emergency (Essential Powers) Ordinance; or Section 14 of the Ordinance, which suspends Parliament; and Article 150(8) of the Constitution, which ousts the jurisdiction of the courts, are unconstitutional.

In our submission to the Kuala Lumpur High Court today, we posed the following questions of law.

We believe the rule of law should be preserved and the spirit of the Federal Constitution adhered to, where there is a clear separation of powers between the executive, legislative and judiciary, and that no one branch of government should subjugate the others.

The loss of such checks and balances in our parliamentary democracy would have a long-term irrevocable impact that could ruin our country, as an unchecked government could turn draconian and kleptocratic.

We believe the government already has enough powers to handle the Covid-19 crisis and they do not need to resort to suspending Parliament through the Emergency Ordinance.

Like all Malaysians, we are extremely concerned with the devastating impacts of this pandemic – the loss of lives, livelihoods and rapid erosion of our economy. Political stability is necessary for the government to steer us out of this unprecedented crisis, but stability must not be achieved at the expense of institutional checks and balances provided by Parliament and the judiciary.

For these reasons, it is in the public interest that we undertook this legal challenge to allow the court to determine the constitutional powers of Parliament and the judiciary in upholding our system of checks and balances.

We undertook this ligation in the public interest to defend the rule of law and the system of checks and balances and to seek the judiciary’s determination on issues related to the Emergency Ordinance.