Sisters In Islam’s (SIS’) conference on “Islam Unsurrendered: Women Rising Against Extremism” began its second day on 16 October with a thought-provoking panel session on deconstructing the struggle of Muslim women as human rights defenders.

Intensely personal and truly intersectional, the panelists from Malaysia, France and Sudan brought to life the specific forms of harassments faced by Muslim women human rights defenders together with actionable strategies.

The Security Offences (Special Measures) Act (Sosma), Prevention of Crime Act, Prevention of Terrorism Act and Syariah Criminal Offences Act are just a few of the oppressive laws enacted against human rights defenders, in absurd perversion of the rule of law.

For the average Malaysian Muslim citizens, they are vulnerable to state religious authorities providing no accord for a Muslim person’s privacy or rights as a citizen, as is repeatedly seen in religious department’s flagrant “khalwat” raids.

Rozana shared the importance of Muslim women human rights defenders having a crisis standard operating procedure for raids, a working relationship with journalists, a strong online solidarity network, “non-state actors powerful role in society” and not forgetting, the psychological wellbeing dimension of fighting for Muslim women’s human rights under Islam.

Hala Al-Karib, a Sudanese women and girls rights defender, could only join the conversation over Skype for a particularly poignant reason. Travel restrictions have been imposed upon her by the militant Islamist ruling regime in Sudan, due to a flawed authoritarian perception that Islamic feminism poses a threat to national security.

She emphasised the “need to honour Sudanese women revolutionaries for the challenges they have overcome while recognising how much more still remains to be done”, sharing the pivotal role Muslim women human rights defenders have played in decimating the power of the government since the December 2018 uprising.

Hala shared how women make up a heartening 70% of protesters against the the Sudanese state, which builds on a culture of gender discrimination. All of this too, despite identity politics and religious militancy colluding to intimidate Sudanese Muslim women through extreme moral policing, public humiliation and censure over freedom of movement, dressing and social norms for interaction between the sexes.

Sharing the nuances of her lived reality as an Arab-origin Muslim feminist, Sarah focused on the hijacking of the female French-Muslim narrative by the state, media, white men and women until it is reduced to only discussing the hijab.

Meanwhile, this derails from examining and addressing critical gender discrimination issues with shocking statistics. Muslim women entail a disturbing 80% of all victims of reported physical assaults against Muslims in France.

Sarah strongly advocated for Muslim feminists claiming authority by building safe spaces for study circles, creating content that centres Islam through the eyes of Muslims in France, mobilising protests and participating in pro-women demonstrations while contributing to drafting of laws to push for systemic change through dismantling regressive patriarchal laws. 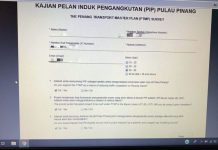 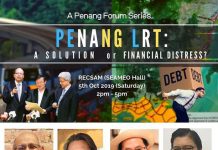