The Malaysian Employers Federation must look at issue from a broader perspective of long-term human capital development in the country, says Ronald Benjamin.

The Malaysian Employers Federation (MEF) has stated that the three-day paternity leave, proposed by the Ministry of Human Resources Ministry o be funded by employers, will cost companies RM157m or RM52m a day.

MEF executive director Shamsuddin Bardan has suggested that the payment for paternity and maternity leave should come from Socso or the employment insurance system (EIS), where both employers and employees contribute.

But the question is, do Socso and the EIS have enough funds to undertake such a task?

Could MEF enlighten the public on the methodology it uses to calculate the losses? Has there been a consensus among the government, employers and unions on these so-called losses?

It is public knowledge there has never been an increase in Socso contribution over the years. In this context, it is vital for the government, employers and union to review the current financial adequacy of Socso and EIS to finance paternity and maternity leave.

The fundamental question is, why is there a need for a reasonable duration for paternity and maternity leave and how is it related to modern employment?

Would allowing the father and the mother to bond with the child create stronger families that would lead to a retention of talent and improved productivity? Even Mark Zuckerberg, the founder of Facebook, declared that he would be taking two months of paternity leave after the birth of his first child.

It is vital to analyse this issue from another angle that takes into consideration the duration of paternity and maternity leave in terms of attracting the best talents rather than merely looking at it from a profit-and-loss angle.

Fatherhood and motherhood are not mutually exclusive activities from employment. There are many talented mothers and fathers who are willing to contribute to organisations that provide conditions for work-life balance. Employees who want paternity or maternity leave form a crucial part of the talent pool and retaining this talent is imperative for companies to strengthen their limited pipeline.

Through analogical reasoning, there is always a chicken-or-egg issue. Employers want more eggs while neglecting the health of the chicken.

Such thinking has no place in modern employment, what more when Malaysia is striving to adhere to International Labour Organization conventions.

Productivity in the long term is about creating the right conditions for the development of human capital in terms of attracting diverse talents with different needs. Attracting a wide variety of talents with diverse needs is crucial for organisational survival in a very competitive economic environment.

Therefore, it is vital for the MEF to comprehend paternity and maternity leave from a broader perspective of long-term human capital development in the country instead of narrowing it down to profit and loss. 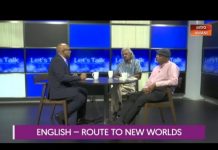