We categorically refute her unfounded assertion that the Malaysian Bar has remained silent on Court of Appeal judge Hamid Sultan Abu Backer’s allegations of judicial interference.

Justice Hamid Sultan had earlier revealed that he had been “severely reprimanded” by a “top judge” for his dissenting judgment in the Indira Gandhi case at the Court of Appeal (Pathmanathan Krishnan v Indira Gandhi Mutho & other appeals [2016] 1 CLJ 911). He added that he was subsequently not assigned or empanelled to hear cases relating to the Federal Constitution and public interest matters.

On 20 August 2018, soon after Justice Hamid Sultan’s initial revelation, the Malaysian Bar issued a press statement entitled “Establishment of a royal commission of inquiry into the judiciary is imperative to restore and protect the integrity of the judiciary”.

In that statement, we called “for the immediate setting up of a royal commission of inquiry to investigate these serious assertions of judicial misconduct, as well as recommend holistic reforms to improve and strengthen the judiciary”.

In another press statement on 29 November 2018, we repeated our call for a royal commission of inquiry into the matter to be established without delay, as “it is imperative that immediate measures are taken to ensure that no manner of coercion, influence or threat is ever brought to bear on any judge”.

More recently, on 18 January 2019, in a speech at the opening of the Legal Year 2019 for the High Court of Sabah and Sarawak in Kota Kinabalu, the president of the Malaysian Bar once again reiterated the Malaysian Bar’s call for a royal commission of inquiry.

Support the struggle to build a Malaysia based on Justice, Freedom, Solidarity:
READ MORE:  Royal commission of inquiry - a toothless tiger?

Over the past few days, Malaysians have been rocked by media reports on the judiciary. Firstly, Justice Hamid Sultan made shocking new allegations that certain members of the judiciary have colluded with individuals to defraud the government. Secondly, the group Lawyers for Liberty said that it had “collected a range of evidence of interference with subordinate court judges in politically sensitive matters”.

These severe allegations of a total collapse of the integrity of certain judges are eroding public confidence in the judiciary immensely and perhaps irreparably.

The judiciary’s internal investigations into Justice Hamid Sultan’s allegations came up with inconclusive findings. This was due reportedly to the retirement of the judge concerned and other constraints and the absence of information on any investigation of judicial interference in the appeal in Karpal Singh’s sedition case.

In light of this, the urgency for a thorough investigation by a royal commission is greater than ever before. The Malaysian Bar restates our call to the government to establish such a commission at once and for the scope of the inquiry to cover all the new allegations.

The Malaysian Bar has all along taken a consistently firm and unwavering stand in demanding that the independence of the judiciary be fervently safeguarded. The proper administration of justice can only rest upon a judiciary whose independence is absolute and unimpeachable, and upon individual judges whose integrity and impartiality are faultless and unassailable. As the saying goes, even one rotten apple will spoil the entire barrel.

We note the statement issued on 16 February 2019 by the Office of the Chief Registrar of the Federal Court of Malaysia, which speaks of the judiciary’s concern over “the grave allegations made against unnamed judges and the judiciary as an institution”. The Judiciary must therefore give its fullest support for the establishment of a royal commission of inquiry and subsequently lend the commission its fullest cooperation.

As for the ongoing case of Sangeet Kaur Deo v Ketua Hakim Negara Malaysia, the Bar Council is currently considering the proper role for the Malaysian Bar to play in the upcoming legal proceedings.

We will, without any doubt, continue to speak up over any compromise — including allegations — within the institution of the judiciary, without fear or favour. We will never be silent in the face of any unethical or unlawful practices towards or by members of the judiciary. 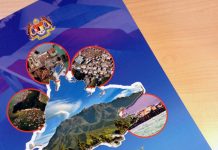