Consumers are living beyond their means because of the escalating food prices. The Consumers’ Association of Penang (CAP) has been highlighting the astronomical increase in food prices for decades but the calls have fallen on deaf ears.

We are now experiencing a high cost of living caused by multiple factors, and one reason is that we have been too dependent on imported food, which negatively affects the outflow of the ringgit, particularly when our currency is weak.

In mid-2018 a report revealed that liquid milk produced nationwide is sufficient to meet only 5% of domestic needs, the rest of which had to be imported. This is obvious as we can see in the table below.

CAP has been actively advocating agriculture for decades. Malaysia miserably failed in the agricultural sector because we are highly dependent on imported agricultural produce. There is so much contrast with our immediate neighbour, Thailand, which developed its agricultural sector in 1960, utilising underused land and labour.

The declining ringgit has also affected the cost of production in terms of costlier farming equipment and agricultural chemicals.

In all, we do not have a self-sustainable food production policy – which makes us highly vulnerable in times like now. Moreover, the food supply chain from the farm to the table is grossly inefficient thereby allowing multiple tiers of middlemen to profiteer from the process.

Support the struggle to build a Malaysia based on Justice, Freedom, Solidarity:
READ MORE:  Compare prices, quality of products before buying

There were also claims of syndicates controlling the food supply and prices.

For fisheries, fishermen, especially the trawlers, have been indiscriminately depleting marine resources. It was predicted that the waters around the country would be depleted of fish by 2048. The declining fish population was attributed to the use of banned equipment such as (drag nets) harvesting more a sustainable level.

When the food chain is broken from indiscriminate fishing, it will affect the entire aquatic ecosystem. With a depleting wealth of marine resources, we can expect fish prices to skyrocket. Big jawed jumber (ikan serumbu), East Asian fourfinger threadfin (ikan kurau), sleeper goby (ikan ubi) and the greenback mullet (ikan kedera) can hardly be found in the market.

We would suggest fishermen stop fishing during the breeding season to allow the replenishment of aquatic stock besides refraining from the use of banned fishing gear.

We urge the government to revamp the entire agricultural policy, the various relevant government agencies, the food supply chain, and the fisheries sector – which are all unsustainable.

Without a total overhaul, it is impossible to reverse the damage that has been done for close to four decades. 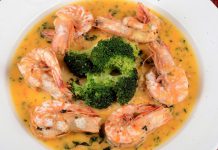 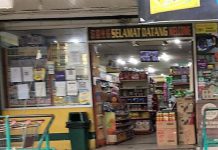 Yes, that’s the reality. The ministers and politicians are making far more than their means. Worst they don’t bother about the Rakyat survivals in this problem of high food prices.

Hmm,,in order to promote agriculture locally, the price might need to be more understanding? If not those farmers earn what, then how to attract workers? Or even how to motivate themselves to farm? Many youngsters go to city to find works, which r more stable and more light? Farming commercially is Not exactly light works. I ever read ppl complain about local fruits n veges become more n more exoensive , but r the local ones more expensive than imports? Long bean how much? Pumpkin ler? Limau, guava, the melons etc?

76% of agricultural land are used to plant palm oil, sure not enough of food. The problem will be made smaller if only ppl will plant some of their veges/fruits (it’s so easy) n for places which allow it, rear their own poultry n fish.