Hakam wholly supports the government’s decision to table amendments to the Federal Constitution to:

The government’s decision to lower the age of candidacy in elections to 18 is consistent in principle with the assumption of social and legal responsibilities that our 18-year-olds are expected to bear.

At 18, a Malaysian has the freedom to serve in the military and police forces as well as the responsibility to be tried as an adult in court. It is only logical for the government to recognise that the 18-year-olds of Malaysia play an integral role in the democracy of our nation – whether as a candidate or a voter.

Hakam believes that this hallmark amendment will enhance democratic participation in Malaysia by nurturing greater political awareness and activity amongt the youth of Malaysia who now have a direct stake in the direction of the nation.

Further, the government’s decision to automate voter registration will increase and improve democratic participation by those who will benefit from it: the marginalised in society. Those who were previously disenfranchised in practice or who faced difficulties in taking part in the democratic process by virtue of logistics will now find it easier to have a say in policymaking – a right the marginalised in society benefit greatly from.

These positive developments are in line with international human rights standards, as well as the vast majority of global democracies and fellow Asean nations.

Hakam would further suggest that the minimum age for senators be lowered to 18, in line with the logic of the universal right to democracy and the government’s decision to lower the age of candidacy for members of Parliament to 18.

Hakam celebrates this historic announcement and urges all political parties to support these amendments which will be re-tabled in Parliament today. 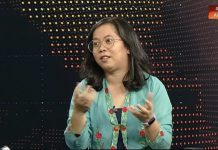 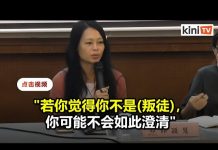 I am still not completely persuaded. Not all youths are the same, so the arguments cited by Hakam and others do not apply to all youths below twenty. I support lowering the voting age to 18, but not automatic registration. This way, those who know their preferences and want to vote would be able to vote, provided they demonstrate their interest by registering themselves, which is simple and free of charge. Those who would not even bother to register can be deemed to have no interest and no clear preferences, and would not feel deprived anyway. This original rationale for requiring registration in the 1957 Federal Constitution is even stronger today because of vote buying: those without clear preferences are the easiest to buy.

Members of Hakam, from your view point, will you allow your daughter to marry a male guy who is 18 years old?