Patriot calls for anyone with knowledge about the case to file reports with the authorities.

The out of court settlement in the London case between Pas president Hadi Awang and Sarawak Report editor Clare Rewcastle Brown over RM90m allegedly paid by Umno to Pas leaders does not mean closure to the case.

Malaysians demand to know the truth.

Even though the case will not be adjudicated, the allegations published by Rewcastle Brown – that RM90m was paid to Pas leaders – remain. This includes a purported audio recording of Nik Abduh Niz Aziz talking about receiving funds from UMNO, produced as evidence by Brown and which has not been contested by Hadi.

The allegations by Rewcastle Brown include extravagant spending by Pas leaders – how they allegedly bought expensive cars and houses. Pas leaders have positioned themselves as pious, righteous and pure, even promising a path to heaven to party members for their support.

Malaysians are anxious to know the truth because the money paid out is allegedly derived from 1MDB funds. Pas members who have donated to the party’s legal fund for Hadi should also be interested in knowing the truth.

This case goes beyond mere accusations from both Rewcastle Brown and Hadi. At stake is the integrity of the criminal law system and the millions of young minds who will be wondering if corruption and dishonesty is a way of life in modern society.

Patriot calls for anyone with knowledge about the case to file reports with the authorities. Even if there is none, the police and the MACC also start investigation on their own.

What lies ahead for Pas?

Ahead of Semenyih by-election, a bombshell for Pas 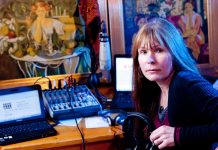 God bless OUR nation.Malaysians should humbly and surely not tire in exposing untruths, wrongs and public misdemeanors. We see how some corrupt politicians in UMNO, PAS and others are leading extravagant lifestyles. One’s individual, humanistic psychology will catch up with you and those with you-in one way or other. You cannot avoid,deny this. It is too often a total, devastating reality.
We ask these ‘leaders’-for your own good and OUR next generation going forward-OUR beloved one nation, to repent, to work towards correction, and rehabilitation in God. The great spiritual, universal values of Islam and other faiths, be deeply learnt and lived. This is every true Malaysian’s prayer-for OUR nation and all peoples’ well-being.