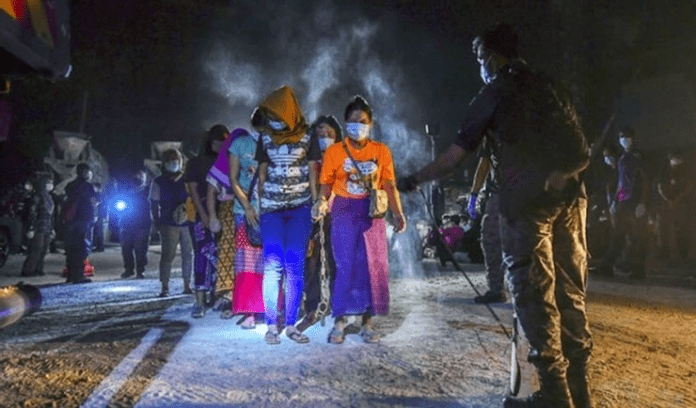 Labour Law Reform Coalition is appalled by the Malaysian Employers Federation’s opposition to a proposal that called for allowing migrant workers to change employment as a means to end forced labour.

The MEF claimed it was unfair because employers would have spent a lot of money during the recruitment process.

We criticise MEF for its inhuman and money-minded statement. The employers association has clearly turned a blind eye to the abundant evidence of forced labour incidents in Malaysia as a result of the rigid employment system for migrant workers.

Trade unions and migrant workers’ organisations in Malaysia have observed a repetitive pattern of rights abuse – errant employers hold the wages of migrant workers, confiscate their passports to restrict their movement, terminate and repatriate them without pay, and fail to renew their work permits, turning the migrants to undocumented workers.

The root cause of these problems is the imbalance of power between the migrant workers and their employers. The employers can misuse the rigid employment system to threaten migrant workers to work as forced labour.

In a gap analysis on Malaysian legislation and the International Labour Organization’s Forced Labour Convention, the ILO recommends to the Malaysian government that it addresses the imbalance of power by allowing the termination of contracts and labour market mobility for migrant workers in the event of legal rights violations.

The ILO’s proposal argues that the proposed change will enable migrant workers to engage in the process of renewal of work permits and to retain their own passports. It states that such measures can overcome the problem of migrant workers’ dependency on employers, and they can voice out their forced labour situation with officials during these engagements.

Support the struggle to build a Malaysia based on Justice, Freedom, Solidarity:
READ MORE:  Tackling forced labour in Malaysia

Therefore, we call on the MEF to willingly accept the proposal to allow migrant workers to change their employment in the event of rights violations. The employers’ expenses during the recruitment process should not be an excuse to condone violations of workers’ rights and criminal activities.

Please put people before the profit!