We, the undersigned trade unions, migrant worker organisations and non-governmental organsations, call upon the federal government to accept our 46 recommendations on amending the Employment Act 1955.

There are seven key demands:

The Employment Act should cover peninsular Malaysia, Sabah and Sarawak. It should cover all local and migrant workers and protect foreign spouses of Malaysians and refugees’ right to work. The salary cap should be removed.

An employer has an obligation to ensure mothers and children get the best start in life.

The growth of contract work is an attack on the job security of working people.

Employer should not discriminate against a job seeker or worker on the grounds of gender, religion, race, language, disability, trade union, marital status, pregnancy, parental status or citizenship.

The government should protect migrant workers’ right to enjoy equal benefits stipulated in labour laws, for example their right to join unions and to seek redress. Their passports should not be confiscated by employers.

We urge Human Resources Minister M Kula Segaran to make public the Employment Act amendments as soon as possible before tabling the bill in the parliament in April 2019.

Our full proposal was sent to the Ministry of Human Resources on 9 January 2019. But we have neither received any response from ministry officials nor an invitation to deliberate on our recommendations.

This definitely contradicts the early statement by Kula Segaran that the ministry would consult stakeholders on the amendment of the Employment Act.

We wish to remind the minister that with the endorsement of 53 workers’ organisations across the country and at least four consultation meetings with grassroot workers, our proposal has a strong mandate that ought to be viewed seriously by the government.

We hereby launch our nationwide decent work campaign, which aims to lobby policymakers to accept our recommendations and to create public awareness of the right to work, social dialogue, social protection and employment security.

Since the May 2018 change of government in Malaysia, trade unions and labour non-governmental groups have been working together (in the Decent Work Working Group) to develop a collective package of proposed legal reforms. These reforms would bring Malaysian labour law into compliance with International Labour Organization core standards and the decent work framework. 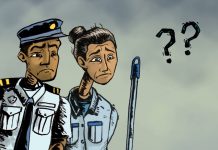 2 n 3 sound good, the rest, nahh..5/6 needs laws, if not is up to individual to speak up, still a police report has tk to be done, got laws to protect..? 4. Unfair to employer, what if thenstaffs stop performing after probation period? Unless probation period can be extended to 1.5 yrs, time can tell if a staff really performs or just wearing masks. 1, not practical.