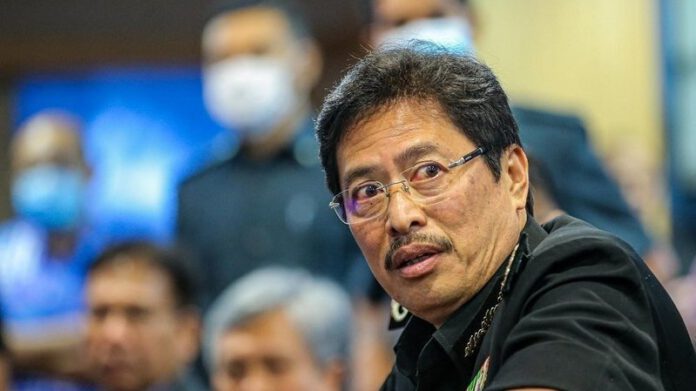 The Malaysian Anti-Corruption Commission (MACC) seems to have taken up the mantle of investigation, announcing on 6 December they have opened investigations into alleged PN misappropriation of a disputed RM600bn and Ketereh MP Annuar Musa’s claim that then-Prime Minister Mahiaddin Yasin gave Umno millions of ringgit to help the party during the 2020 Sabah election.

Be that as it may, the Center to Combat Corruption and Cronyism (C4 Center) strongly believes these investigations will only continue falling flat unless the MACC is drastically reformed and undergoes an immediate overhaul in leadership.

The MACC’s inability to adequately tackle corruption in government has ruined its own credibility, resulting in a serious trust deficit between the public and the MACC.

Chief commissioner Azam Baki has repeatedly indicated that he puts his self-interest above those of his held office. In late 2021 a journalist published articles based on publicly available documents about Azam’s ownership of millions of shares in two listed companies while he was the head of the MACC’s investigations department.

Azam retaliated by suing them for defamation in a shameless and hypocritical act of whistleblower persecution. He then used this defamation suit as one of many excuses not to appear before a parliamentary select committee, showing his contempt for oversight mechanisms. He has also publicly spoken against placing the MACC under parliamentary supervision.

The MACC’s recent announcements of investigations are received with a hefty amount of scepticism. Crucially, it must be noted that the subjects of investigation (Perikatan Nasional government, Mahiaddin Yasin himself and the alleged money given to Umno) were still governing Malaysia when the initial allegations were made public before the recent general election. A key question arises: why were investigations not initiated then, but only now when Perikatan Nasional is no longer in government?

Support the struggle to build a Malaysia based on Justice, Freedom, Solidarity: Tel: 04-658 5251 email: [email protected]
READ MORE:  Anwar should walk the talk fast on his pledge to combat corruption

Unfortunately, this is not a problem with Azam Baki alone – the MACC has shown a pattern of unwillingness to initiate investigations against standing leaders in government. Disgraced former Prime Minister Najib Razak was only investigated and charged in court regarding the 1MDB scandal after his Barisan Nasional government was voted out of power in 2018. In a similar vein, former Penang Chief Minister Lim Guan Eng was only investigated for bribery in the Penang undersea tunnel case after the Pakatan Harapan was ousted and replaced by Perikatan Nasional in 2020.

Worse still is that the MACC’s lack of independence has ostensibly led to its abuse by the government either as a tool of suppression or simply an ineffective bystander. Dr Xavier Jayakumar, formerly of PKR, left the opposition party and pledged support to the PN government in 2021 allegedly due to selective investigation by the MACC – but if the MACC had substantive leads on this, why were the investigations dropped?

This also brings to mind the unfettered powers held by the government, particularly the ability of the PM to exercise control over the MACC’s investigations through other institutions – the 1MDB saga saw the MACC’s office raided by the police in an attempt to hamper investigations.

It is clear that the MACC in its current state simply cannot function unless thorough systemic reform is implemented. With that, C4 Center strongly urges the following:

Azam Baki must be removed from his position as chief commissioner of MACC and replaced with an individual who has a demonstrable track record of excellent anti-corruption work.

A special committee must be set up immediately to implement the long overdue reforms to the structure of the MACC, involving an amendment of the Federal Constitution for the establishment of an independent anti-corruption commission (IACC), effectively establishing it as constitutional commission.

Currently, the MACC comes under the jurisdiction of the prime minister’s office, from which it also receives funding. The MACC is thus not independent from the executive branch of government, opening it to the possibility that its exercise of investigative powers could be influenced and limited by the government, particularly if individuals in government engage in corrupt activities. Establishing an IACC would greatly curtail this influence, freeing it from political influence and allowing it to function properly as an anti-corruption enforcement agency.

C4 Center, in collaboration with the Malaysian Bar Council, the Institute for Democracy and Economic Affairs (Ideas), Transparency International Malaysia, and Citizens’ Network for a Better Malaysia, made this call in a joint memorandum for the reform of the MACC in 2015 at the request of the MACC itself.

Amendments to the Whistleblower Protection Act and the Official Secrets Act, and the enactment of a freedom of information act at the federal level must be implemented. These laws relate to the need for disclosures by insiders on corrupt practices that have taken place intentionally hidden from public view. Particularly, the scope of the Official Secrets Act must be greatly reduced because it has granted government officials disproportionate powers to hamper investigations on the basis of ‘secrecy’. This recommendation was also made in the memorandum. – C4 Center