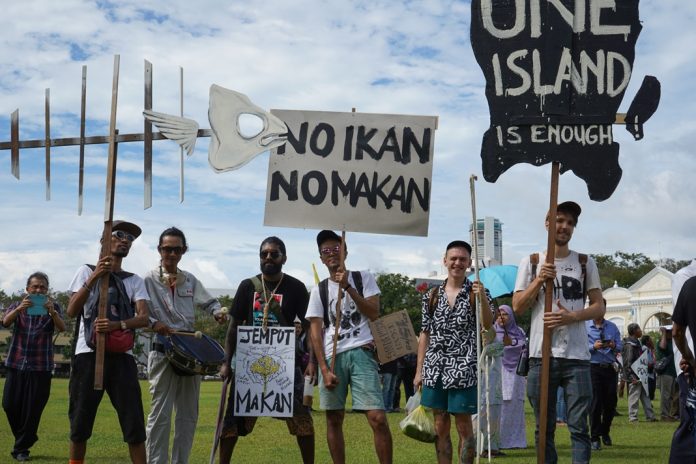 Do we want a future worse than what we’re facing now, Ahmad Izzudin Azmi writes.

When I was a teenager, I often imagined the world I would inhabit in 2020 would be a better one.

As a Gen Z youth, I imagined it would be filled with advanced technology, environmentally conscious human beings who have reached new heights in thought and action, maintaining their connection with the environment and with other human beings regardless of status, nation or religion. Most importantly, the earth would be governed by fair and just leaders who love their own people and the environment.

But my dream crumbled when 2020 arrived. The world was not at all as I had imagined in my teenage years. Instead, I can already conclude that people face more problems today than they did 10 years ago.

Even though we have reached a new level of technology, humans are still unable to solve the problems of greed, justice and egoism. It appears to me that the world is still filled with leaders who only think of political and economic power, leaders who see their people only as sheep or cows to be led by the nose and leaders who absolutely do not appreciate the natural world and the life it contains.

Now we can see humans being punished by nature with a disease that has not yet been cured. Because of human greed, a pandemic afflicts humankind regardless of race or ethnicity. Almost eight million coronavirus cases have been recorded, and the outbreak has claimed over 400,000 deaths worldwide, forcing people to adapt to a new normal.

People around the world are also being threatened with a devastating climate crisis. The climate crisis has caused the earth’s average temperature to increase by 1C since pre-industrial times over a hundred years ago.

This increase is due to human activities such as deforestation and burning, industrialisation and the burning of fossil fuels that release carbon dioxide gas, nitrogen oxide and methane into the atmosphere.

An increase of 1C may not seem like a big deal in terms of numbers, but we’ve already seen rising seawater levels, extreme weather, loss of biodiversity, threats to food security and even health problems such as disease outbreaks. Most of the warming has occurred in the past 35 years, with the warmest years on record taking place since 2010.

A recent report of the Intergovernmental Panel on Climate Change states that global warming is likely to reach 1.5C between 2030 and 2052 if emissions continue to increase at the current rate. Some have even predicted the 1.5C level will be breached much sooner rather than later.

Significant changes have already taken place, and if we open our eyes, we can see the effects all around us.

World Environment Day on 5 June reminded us that climate change would not only affect human beings, but plants and animals and all living beings on earth as well, and it will also affect the younger generation for their entire future.

But what is even sadder is that in 2020 we still have leaders who have not learned to appreciate the natural world and its contents and instead undermine the gifts of God for economic reasons.

We, the younger generation, feel betrayed because we know that certain types of development are unnecessary but merely serves to fill the pockets of vested interests.

For example, the Penang state government still wants to reclaim 4,500 acres of land in the southern part of Penang to create three artificial islands. The project is expected to cost RM46bn and will take 50 years to complete.

It will generate 3.2 million tonnes of carbon annually, according to the “18 recommendations” issued by the National Physical Planning Council, contributing to the climate crisis.

The project will permanently destroy the shallow sea beds rich in marine diversity in Teluk Kumbar, southern Penang Island, while also destroying the marine ecosystem that has been the source of fisheries for generations. In the first year of the project, developers will scrape away lush mudflats along the coastline, destroying Penang’s richest natural fishery waters.

The agriculture minister himself told Parliament that the project would affect 4,909 fishermen in Penang and 511 aquaculture farmers.

In a letter dated 25 June 2019, the director general of the Department of Environment himself advised the Penang government that “the development of the project will cause permanent and residual impact on the mudflat ecosystem, fishing ground, turtle landing area, and some reefs on Pulau Rimau. This permanent destruction will have a significant negative impact on the nation’s fisheries resources, fisheries and food security”. This advice was ironically included in the approval letter for the environmental impact assessment report, which he signed on his last day of office before retirement.

Sand mining for the project will affect 6,000 fishermen along the northern coast of Perak.

Pollution from the reclamation project in southern Penang will threaten the “golden triangle” of marine aquaculture, the source of over 50% of aquaculture supply in Peninsular Malaysia.

Fish breeding centres here include Sungai Udang in Penang, as well as Tanjung Piandang and Kuala Kurau, especially the mangrove swamps in Kuala Gula and Kuala Sepetang in Perak.

The project will also pose a threat to food security, and rising seafood prices will have the worst impact on the bottom 40% of households.

Although the state government knows this project will have significantly degrade the environment, they still paint a rosy picture of the project.

There are also apologists for the reclamation project willing to produce articles claiming that the project is in line with sustainable development goals and will restore marine biodiversity, as well as other articles that clearly deviate from the truth.

A few days ago, the aquaculture farms along Sungai Udang in Perak, as well as Tanjung Piandang, Kuala Kurau and Kuala Gula in Perak witnessed a “fishkill”. According to the Fisheries Department, this was caused by algae bloom, also known as “red tide”. Thousands of expensive fishes were then dumped into the sea around Penang. Some of this dead fish ended up on the beaches of Teluk Kumbar. The government has done nothing to prevent this serious pollution problem, and there was no enforcement in sight.

The reclamation project will obviously bring greater permanent damage to the environment, contribute to the climate crisis, threaten the people’s food security and greatly erode fishermen’s incomes in Penang and northern Perak.

Any statement that this project will not affect the environment or that the project will be able to restore the environment is malicious propaganda and “greenwashing”, slanted in favour of those who will benefit from this project. Those involved in propaganda to justify this destruction should stop what they are doing. They must open their eyes and minds to see and think of future generations who will inherit this earth.

All the money in the world cannot restore a broken future, and money cannot buy the truth. With all the signs of stress that this world shows and with all the disasters and outbreaks we’re facing, we need to realise that, as human beings, we need to take care of our environment.

Do we want a future worse than what we’re facing now?

Ahmad Izzudin Azmi is an activist with Penang Tolak Tambak