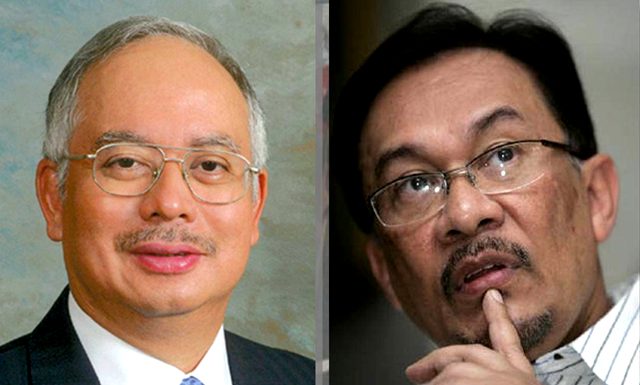 On 12 February 2014, the Kuala Lumpur Court of Appeal is slated to hear the government’s appeal of the High Court’s 9 January 2012 decision to acquit Anwar of violating article 377 of the Malaysian penal code.

“Malaysia’s authorities are opening themselves up to international ridicule for prolonging their political case against opposition leader Anwar Ibrahim,” said Phil Robertson, deputy Asia director at Human Rights Watch. “Anwar’s trial would be farcical were the penalties not so severe and the trial’s message to Malaysia’s Lesbian, Gay, Bisexual, and Transgender [LGBT] community not so grave.”

Malaysia should repeal article 377 of its penal code, which is an anachronistic colonial era law that criminalises “carnal intercourse against the order of nature,” Human Rights Watch said. The law effectively criminalises same-sex sexuality, and does not distinguish between consensual and non-consensual sex, in defiance of international human rights standards. In its place, Human Rights Watch has long recommended the passage of a modern, gender-neutral rape law.

Anwar was first arrested in July 2008, a month after the alleged incident took place. After a long series of delays, he was found not guilty in January 2012 after the judge found that crucial DNA evidence submitted by the prosecution may have been compromised.

Should the appeals court overturn the acquittal, Anwar would face up to 20 years in prison. He would also have to relinquish his seat in parliament and be barred from standing for election for five years if he receives any prison sentence or is fined more than RM2000 (US$600).

Support the struggle to build a Malaysia based on Justice, Freedom, Solidarity:
READ MORE:  Norman Finkelstein on Israel and what's happening in the US

This is the fourth time that Anwar has been charged under article 377, a law that has been invoked only seven times since 1938, according to the Women’s Candidacy Initiative. The willingness of the government of Prime Minister Najib Razak to use the law in such a high-profile case shows the danger it poses so long as it remains on the books, Human Rights Watch said.

So-called ‘sodomy laws’ such as Malaysia’s article 377 contravene broadly accepted international legal standards. The United Nations (UN) Human Rights Committee, the international expert body that monitors civil and political rights, held in 1994 that sodomy laws violate rights to privacy and non-discrimination. The 2007 Yogyakarta Principles, which apply international law to issues of sexual orientation and gender identity, call for governments to “repeal all laws that criminalise consensual sexual activity among persons of the same sex who are over the age of consent.” In 2011, leading members of the Commonwealth of Nations, to which Malaysia belongs, called for the abolition of sodomy laws.

A November 2011 report by the UN high commissioner for human rights recommended that UN member countries “repeal laws used to criminalise individuals on grounds of homosexuality for engaging in consensual same-sex sexual conduct.” The high commissioner’s report, commissioned under a landmark resolution on “human rights, sexual orientation, and gender identity” that was adopted by the UN Human Rights Council on 17 June 2011, made numerous other recommendations, including several directly relevant to Malaysia. They include “enact comprehensive antidiscrimination legislation that includes discrimination on grounds of sexual orientation and gender identity” and “ensure that individuals can exercise their rights to freedom of expression, association, and peaceful assembly in safety without discrimination on grounds of sexual orientation and gender identity.”

“Malaysia’s government should cease criminalising consensual sexual relations and discriminating on the basis of sexual orientation and gender identity,” Robertson said. “Prime Minister Najib and his government should recognise both in law and practice that LGBT rights are human rights.”

I love the way this is now described as “consensual sex” … Is Anwar bisexual, homosexual or is he not? It is an issue and not a political one. It is strictly speaking a legal issue that only the courts have jurisdiction to determine. Everyone has a right to a morality whether personal or collective. In parts of Australia, the US and Canada let alone almost all of western Europe the call for dropping the age of consent in order that people may engage in sex with minors is growing by the day. That does not necessarily make the denial or refusal to accede to that request wrong. Any challenge to it in fact must go before the courts… Whats important is the character and honesty of the man. Is he transparent? He is prepared to without proper evidence make the character and private lives of others in private and public high office into political issues why should his homosexuality now in breach of the criminal code be anything but public and justiciable? Just because the west and private lobbies amongst them laugh or criticize us… Read more »

The present regime will not drop their style of persecuting the opposition, period. In fact all you need to do is to look at where thing that is going on in this country. They don’t even need to soil their hands in the process of persecuting doing so instead they have the … police to do their dirty job, On op of all that they are sharing amongst themselves the power and the wealth of the nation.

Above all they would arrange for people like Taib a way out … by appointing him to become the next governor of Sarawak.

I am not here to defend AI, he is for sure no angel but at the same time ever since he became the leader of the opposition he was and is being persecuted on every thing he does.

All these are done in the name of democracy or shall I say ‘Malaysia democracy’ and the only way to impede these from going on is to have them replaced at Putrajaya. Better still have these dictators indicted and send to jail for a very very long time.