The Malaysian Bar is dismayed to hear that a disabled man was sentenced to six months in prison for attempted suicide.

The [former] Minister in the Prime Minister’s Department in charge of law and parliamentary affairs, Liew Vui Keong, has on several occasions, indicated the government’s commitment to decriminalise attempted suicide, with the aim of tabling the relevant amendments to the Penal Code later this year.

If this is the direction in which the government is heading, this policy must be effected across the various branches of government and should result in the imposition of a moratorium on the further use of this provision, as was done for executions pending the abolition of the mandatory death penalty.

There are myriad reasons that would drive an individual to attempt suicide. Some of these individuals may be suffering from mental health issues, such as depression, as is reportedly the case here. It is difficult to surmise and generalise the circumstances faced by each individual, but it appears overly simplistic and consequently problematic to assume that these issues would be best served by incarceration or penalties.

An individual may be feeling hopeless and lost or may be struggling to cope with the vicissitudes of life. Such individuals should have access to assistance, support and sympathy from the authorities and society and should be the subject of care and concern. It is unfair to surrender such individuals to the already overcrowded and overburdened prison system.

The fact that the individual in this case, being both disabled and depressed, was not offered any relief but was instead subjected to this archaic provision and, in the absence of legal representation, sentenced to prison, is a great injustice.

The fact that this provision still exists in the Penal Code and has been used against an individual that is already going through adversities, does not reflect a government that is reformist, mature, and understanding of its people.

The Malaysian Bar reiterates that our legislative landscape must not be a time capsule of our regressive colonial past.

The charging and sentencing of Mohamad Sani Isa in this case, sends out a completely inappropriate message to the world at large, that Malaysian society is uncaring and lacks empathy towards its troubled citizens.

This piece dated 5 February 2020 is reproduced from here and has been edited for style only.

Show compassion regardless of gender 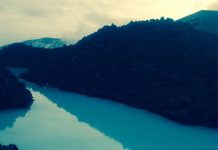