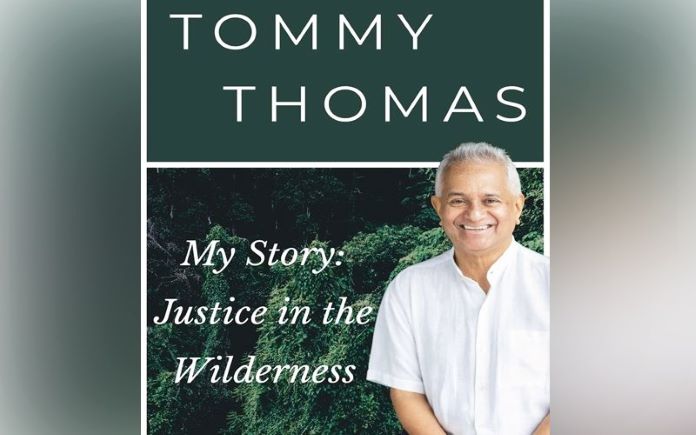 The Malaysian Bar refers to the recently declassified report by the special taskforce that was established to review allegations made in former attorney general Tommy Thomas’s memoir entitled My Story: Justice in the Wilderness.

The Malaysian Bar had since February 2022 taken issue with the legitimacy of the special taskforce established by the government to carry out investigations on the contents of the private memoir of a former attorney general of Malaysia, when the rightful approach should have been by way of an independent investigation under a royal commission of inquiry relating to the matter in question and that the composition of the adjudicating board be of equal standing with that of the former attorney general. Such a significant exercise must be free from political tampering and external influence by the executive, as the outcome goes to the heart of strengthening the various critical institutions in a democratic nation.

The special taskforce was established by the executive, thereby raising the issue of partiality and whether it can be truly independent. The Malaysian Bar refused to participate in the taskforce as explained in our letter responding to the request made, as it purported to delve into the veracity and accuracy of contents of the memoirs, which of course the Malaysian Bar had no direct or personal knowledge of.

The Malaysian Bar reiterates its apolitical and non-partisan stance at all material times – our commitment is only to the rule of law and to the proper administration of justice in our country, uninfluenced by fear or favour. The issuance of this press statement is not partial to any political party or individual positions.

The Malaysian Bar further puts on record that it is perturbed by the untimely declassification of the special taskforce’s report, which coincides with the recent dissolution of Parliament on 7 October 2022 and the upcoming general election scheduled on 19 November 2022.

It was reported that our caretaker prime minister, who is also the vice-president of Umno, has urged Barisan Nasional’s election machinery to capitalise on the declassified report, which could potentially be an abuse of power.

The prime minister further openly admitted during a pre-campaign period rally that he declassified the report so that it could be used as political ‘bullets’ to attack the opposition party.

If any reports should be declassified as a matter of urgency, then the report by the special taskforce relating to the enforced disappearances of Amri Che Mat and Raymond Koh should take priority.

At a time where political uncertainty is simmering and coming to a boil, the rakyat must have confidence and faith in the institutions that govern them. Justice is not mere lip service, but an act that has to be seen to be done by our institutions.

Karen Cheah Yee Lynn is president of the Malaysian Bar

All these all Umno’s election tricks to make them look good, as now many of their court cluster corruption cases exposed (only a handful sentenced, the rest all acquitted or charges dropped). You think Ismail Sabri is clean and no abuse of power? Why was “door gift” of 600k spent during his 100-day celebration as PM when it was still in MCO? Why was a helicopter sent to pick up his son-in-law who was stranded in flood last year when thousands were not rescued the same way?

I am not too sure if an RCI is of any use too.