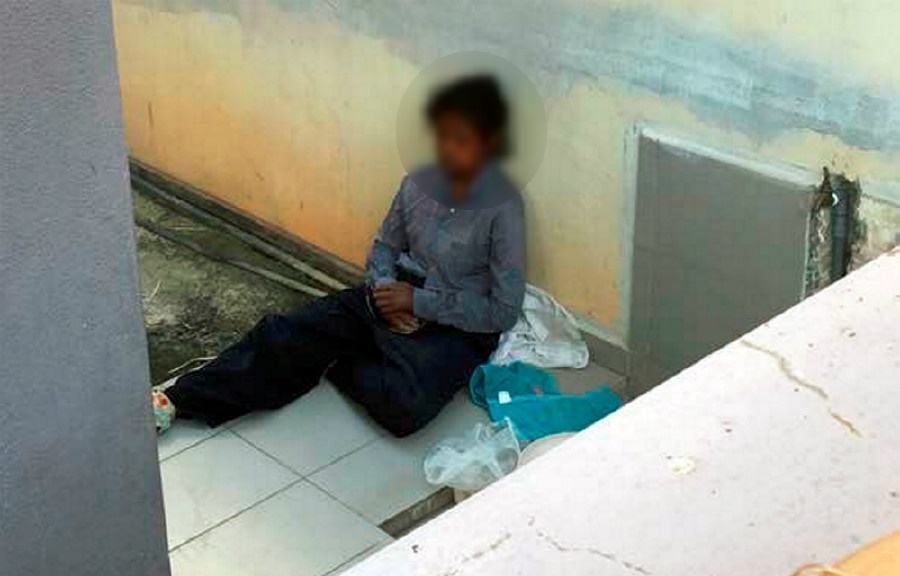 Tenaganita has maintained that the main reason that the abuse of domestic workers is so prevalent is the lack of legal protection, writes Glorence Das.

Another life is lost.

The situation is serious.

The right to life is threatened.

Violence and abuse in various forms are escalating.

The callous murder of yet another domestic worker, Adelina, in Bukit Mertajam, is symptomatic of a widespread and deep-seated malaise in our society, namely the utter disregard for the dignity and rights of migrant workers in general and migrant domestic workers in particular.

This disregard for the dignity of the human person is symbolised by the fact that Adelina, who died on 11 February, was made to sleep in the employer’s car porch with a dog.

It is reported that Adelina had injuries on her head, face, arms and legs which had not been treated for some time, resulting in septicemia.

Tenaganita’s case files contain numerous examples of domestic workers who have been economically, verbally, psychologically and physically abused by their employers, which suggest that many employers consider their domestic workers as sub-human entities who can be abused and ill-treated at will.

Tenaganita has maintained that the main reason that the abuse of domestic workers is so prevalent is the lack of legal protection; the Employment Act 1995 which purportedly protects the rights of domestic workers, does not even recognise them as workers but instead defines them as servants.

Furthermore, their place of work, ie the employer’s home, is seen as a private domain which is not subject to public scrutiny to ensure that the labour and human rights of domestic workers are protected.

As a result, many employers feel that they can subject their domestic workers to sustained abuse and torture with impunity, which sometimes ends tragically as in the case of Adelina, and many others before her.

On the other hand, those who seek to free themselves from abusive and exploitative work by running away, are criminalised/prosecuted under the Immigration Act because they automatically become undocumented.

From our experiences of such cases, it becomes clear that the authorities and enforcement agencies including the judiciary, continues to punish the victim, as the onus of proof of being legal is on the victim when the controls are with the employer or the agent.

These cases are not isolated in nature. Any death or abuse of domestic workers is far too many and yet the government and its ministries are not taking swift preventive actions.

Developing and launching the Guidelines and Tips for Foreign Domestic Helpers and the inclusion of “Regulations (Terms & Conditions of Employment of Domestic Servants)” in the Employment Act has not stopped the Adelina’s death and many other cases of abuse that continue to be filed at Tenaganita, diplomatic missions, the Labour Department, police stations, immigration departments and at source country NGOs.

These policies and codes of conduct have not effectively addressed the fundamental factors that have led to the continued systematic violations against domestic workers.
.
For many years, Tenaganita has stated over and over again that it is only when rights of workers are protected through laws; when domestic workers are recognised as workers, will employers, agents and Malaysians as a whole ensure respect and dignity for domestic workers.

The statutes and the legal process cannot and must not exclude domestic workers. This form of persistent and intentional discrimination of women from the more marginalised groups speaks volumes of how we fail to respect persons and ensure their dignity.

We definitely want significant changes, and therefore hope the government and its ministries takes cognisance of it. We call for a separate law in which domestic work is recognised as work and the women are identified as workers and not as servants.

The source countries also have equal responsibilities to protect the rights of their nationals especially migrant workers. They must ensure that the domestic workers do not enter into debt bondage and rights are guaranteed before they leave through the bilateral agreements and when in employment.

While Tenaganita is profoundly saddened by the death of a sister, it is hoped that this tragic episode will prompt the government to act resolutely to pass the domestic workers bill that has been proposed by Tenaganita and other NGOs. The government should live up to its responsibility to protect this very vulnerable sector of our labour force which has contributed so significantly to the wellbeing of millions of Malaysians.

We do not want to see another death of an innocent domestic worker in Malaysia.

A domestic worker is a human being. She is a woman who needs care, warmth, love and respect, so she can live a life of dignity. She is here because we need her. It is only fair and just that she is treated with dignity and respect, not only by every individual employer but by the government of the day as well – Irene Fernandez, 2009.

Glorene Das is an executive director of Tenaganita.