The Penang Forum, a coalition of public interest groups and individuals, notes with dismay that Boustead is claiming compensation from the MPPP for consequential losses in having to reduce its hotel from 12 to five storeys. Before the matter develops further, perhaps Boustead would wish to reconsider its position carefully taking the long-term big-picture view and the following.

Boustead should not have been given approval for 12 storeys in a heritage area in the first place by the previous administration. It was the Federal Government that chose to apply for and accept having George Town and Melaka jointly inscribed by Unesco as a World Heritage Site, which brought with it several obligations, one of which was to restrict the height of new buildings in the core zone. The Penang Government was merely its fulfilling international obligation. Not to have done so was unthinkable; losing the listing so soon after getting it would have been extremely damaging for our international reputation.

Questions of international prestige aside, being a World Heritage Site brings with it enormous economic benefits, which everybody, Boustead included, will enjoy. Some sites have reported a five-fold increase in visitors in as many years. For Penang, the world heritage listing is a god-send that has the potential to reverse its slow decline as a destination for international tourists.

The issue now is that Boustead is seeking compensation from the local government in Penang, ultimately at the expense of Penangites. As a responsible corporate citizen, Boustead, with a group profit before tax of RM502 million from revenue of RM5.4 billion in 2009, should not penalise the people of Penang (who will ultimately pay) for the folly of our past leaders. Bear in mind that the MPPP is operating on a tight budget: its projected revenue for 2010 is a mere RM230 million, giving rise to a budget deficit of RM40 million. An economic Goliath bullying a puny David (like the MPPP) is an unpretty spectacle that is unlikely to do Boustead’s image any justice nor would it be a manifestation of good corporate social responsibility.

Finally, we call on the Federal Government to take a more active interest in these developments and take some responsibility in resolving this unfortunate situation.

The Penang Forum is an informal network of some three dozen Penang-based NGOs along with concerned individuals who came together in April 2008 for the inaugural Penang Forum to chart a possible way forward for Penang after the historic 2008 general election. 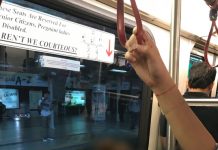 Appalling lack of civility in society