Malaysia should adopt precasting technology fully to increase productivity in the construction sector and, at the same time, reduce labour, says Ronald Benjamin.

Bank Negara, in its 2018 annual report, revealed that there is a decline in demand for highly skilled jobs in Malaysia. This has resulted in lower salaries for Malaysian workers.

Taking a cue from the report, it is vital to review the current nature of our construction industry, which has a multiplier effect on the economy and yet is still labour-intensive.

Nearly one million construction workers are needed every year and the majority of them are foreigners. The presence of semi-skilled foreigners has brought down wages in the construction sector.

The question that comes to mind then is this: are the majority of developers still stuck with outdated, low-cost construction technology? Shouldn’t there be a sense of nation-building with a clear strategic plan to reduce unskilled foreign workers by fully adopting better technologies such as precast construction technology? Would this not create a demand for highly skilled jobs?

It is worth noting that India’s Housing and Urban Affairs Ministry announced the launch of a “Global Housing Construction Technology Challenge” to kickstart housing construction in urban areas. This challenge invites ideas for innovation in delivering mass housing more sustainably, cheaply and quickly.

The ministry has an ambitious “Housing for All by 2022” initiative, and many experts predict that the only way to achieve this ambitious target is by adopting emerging technologies such as prefabrication and precasting.

Precasting is not a new technology. In northern Europe, precasting has been the pre-eminent housing technology for some time, constituting more than 50% of all construction in some countries. Malaysia has also partially adopted similar technology, such as prefabrication or industrialised building system (IBS).

The IBS has been promoted since the 1960s, and the previous Barisan Nasional government made it mandatory in 2016 for government projects of RM10m and above and private sector ventures of RM50m and above to hit an IBS score of 70. Only a few companies have embarked on this technology.

As for precasting technology, its benefits are manifold. It has better finishing quality and aesthetics, better structural strength through prestressing concrete in factory conditions, shorter curing times and simultaneous casting of different elements (hence greater speed). Less labour is required, less waste is generated at the site, and there is greater scope for automation and minimisation of human error.

To create a favourable nationwide ecosystem for private players to use precasting technology, the government should lead the way by providing tax incentives, assisting with an initial cap on costs and training labour to understand how to work with precast structures.

Precasting is a more sustainable way to build. It uses less cement, water and steel and uses reusable moulds. The challenge is to translate these sustainability factors into a strong value proposition for the customer in the form of lower costs.

Policies can play an important role by taxing the negative environmental externalities of traditional building materials and promoting more sustainable technologies by means of incentives.

It is time the country moves forward in adopting precasting technology fully to increase productivity in the construction sector and, at the same time, reduce labour. This will, in turn, create high demand for skilled workers, which would benefit the Malaysian workforce in the long run. 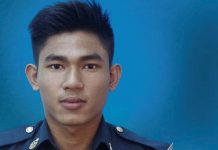 The government has been talking about prefab/precast construction since decades ago but there is no concerted effort. The building industry is a big contributor to the nations economy and yet little enthusiasm is shown to modernise and upgrade the industry. I fully agree with the writer that the government should think of ways to provide incentives to the industry to migrate from traditional to new technologies.