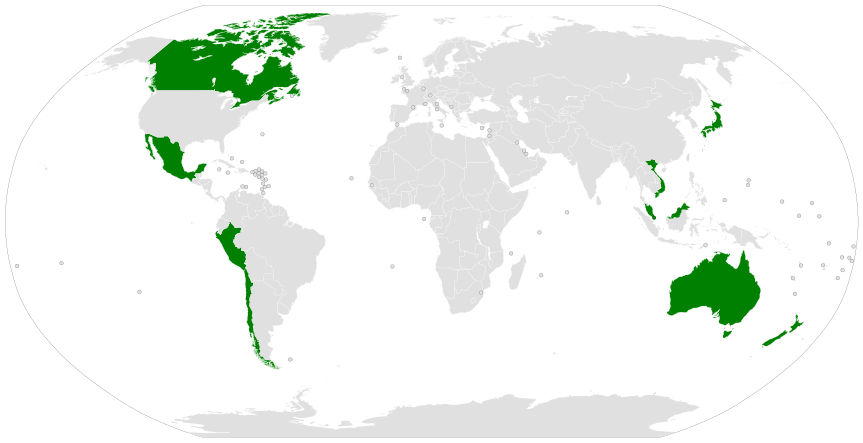 Given the heavy costs and risks of implementing the treaty and the limited gains of extra market access, it would be wise not to ratify the CPTPP, says Martin Khor.

The government is in the process of deciding whether to ratify the CPTPP. It has to weigh the benefits of increased market access with the loss of freedom to make and implement many policies of its own choice.

One of the most important decisions the Pakatan Harapan government has to make is whether Malaysia will ratify the trade agreement known as the CPTPP. That’s because ratifying and implementing it would mean having to change many existing policies, with wide social, economic and political implications. It is believed the Cabinet is now considering its position on this CPTPP.

The CPTPP’s predecessor, the TPP, was controversial and attracted public protests. The PH parties and parliamentarians, then in the opposition, had also opposed the TPP when it was put to Parliament.

The main difference between the TPP and the CPTPP is the absence of the United States in the latter after Trump pulled his country out of the TPP. This was a big blow, as the CPTPP is now without the main attraction – preferential access to the vast US market.

The remaining 11 countries carried on and signed the new CPTPP in March this year. Out of the over one thousand provisions in the TPP, 22 were “suspended”, rather than eliminated, in the hope that the US would return, in which case the 22 clauses would most likely be put back.

The CPTPP has much less potential benefit as there is no extra access to the US market. Malaysia already has trade agreements with most of the other 10 countries, so the extra preferential market access is only to Canada, Mexico and Peru, which are not our significant trading partners.

Therefore the claimed benefits of the TPP, in terms of extra exports or extra income, do not hold. Claims that the CPTPP would benefit Malaysia’s trade and income usually rely on studies on the TPP, which are outdated. In fact, several studies showed the original TPP would have negative net effect on the country’s trade balance (imports would go up more than exports).

Some studies that claim there would be more economic growth have been criticised because of the flaws in the models used for the predictions, their unrealistic assumptions and that much of the gains would come from non-tariff measures and investment flows, which are very hard to predict.

On the other hand, the CPTPP obliges Malaysia to abide by many new rules that are not about trade, and would intrude into the freedom and space of the country to formulate and implement policies, laws and regulations .

One of the rules are on investment policy. The firms and individuals of other TPP countries must be allowed to enter and invest not only through foreign direct investment but also in equities, loans, contracts, deposits, tangible and intangible property. Conditions that are sometimes put on investments, such as technology transfer and use of local materials are disallowed or restricted. In general, the foreign investor must be treated at least equally as locals.

The foreign investors from other CPTPP countries can also sue the government in an international tribunal (usually ICSID in Washington) if they feel they are not given “fair and equitable” treatment, under a controversial system called the investor-state dispute settlement. This includes situations in which the investor claims that it would lose future revenue and profits if government policies are changed or contracts re-negotiated or that its bid for government projects is unfairly treated or its business opportunity is affected by policies favouring citizens.

There are other intrusive rules too. Government procurement (purchase of goods and services and awards of contracts and construction projects by the government) is now at the discretion of the country to determine. The CPTPP obliges the government to allow companies from CPTPP countries to bid on equal terms with locals for the supply of goods and services and for obtaining government projects, for purchases and projects above certain threshold levels.

Because of the advantages of awarding this government business to locals (such as building local firms’ capacity and market share and generating multiplier effects for the economy), governments often give preferences or set aside a portion of the procurement to local firms. But this freedom to set procurement policies would be severely restricted under the CPTPP.

State-owned enterprises cannot receive assistance or favourable treatment (in equity, credit, subsidies, etc) from the government. Nor can they themselves give preferences to locals in their own procurement of goods and services. While reforms are needed to our government-linked companies, these reforms should be determined and undertaken by the country itself in line with nationally determined principles. And not according to a treaty with inappropriate rules aimed mainly at benefiting foreign companies, with damaging effects on local enterprises.

The intellectual property chapter has suspended some of the worst clauses, but some bad provisions remain that affect access to medicines. It also obliges Malaysia to join a treaty (UPOV 1991) that would result in farmers having to spend more in buying seeds from foreign companies and restricting their present freedom to use, exchange and sell seeds.

There are concessions and exceptions provided to these rules. But many of them do not provide real benefits while others are inadequate to protect ‘policy space’. Overall, these exceptions do not provide comfort that the country will avoid adverse effects on the freedom to choose our own policies.

It would thus be risky for Malaysia to implement the CPTPP. There are limited benefits in terms of market access. The non-trade issues involve heavy costs in seriously constraining Malaysia’s policy space in many areas as well as compromising national sovereignty (especially with respect to the investor-state dispute settlement scheme).

Many policies currently being contemplated by the new government may be constrained by agreements such as CPTPP. These include renegotiating unfair contracts on projects, closing projects that have adverse effects on the environment and on health, boosting local production and reducing imports of food to enhance food security.

Moreover Malaysia has social and political-economy structures that are sensitive, given the multi-ethnic nature of the society. There are imbalances in wealth and income among classes and ethnic communities and among different states.

To bridge the gaps and to address imbalances and inequalities requires the government to have a wide range of policy tools which can be used. Among them are policies in investment, procurement and state-owned enterprises as well as trade in goods and flexibilities in intellectual property rules. Should the CPTPP come into effect, it would be difficult or even impossible to make use of many of the policy options and measures.

Malaysia has signed the CPTPP but not yet ratified it. Government leaders and parliamentarians have to think long and hard whether to ratify it or not. It it does not ratify it, Malaysia need not implement the provisions of the CPTPP, including the elimination of tariffs and the treaty’s rules pertaining to investment, intellectual property, government procurement, state-owned enterprises, etc. It also does not get to enjoy the benefits of extra market access to the other CPTPP countries.

Given the heavy costs and risks of implementing the treaty and the limited gains of extra market access, it would be wise not to ratify.