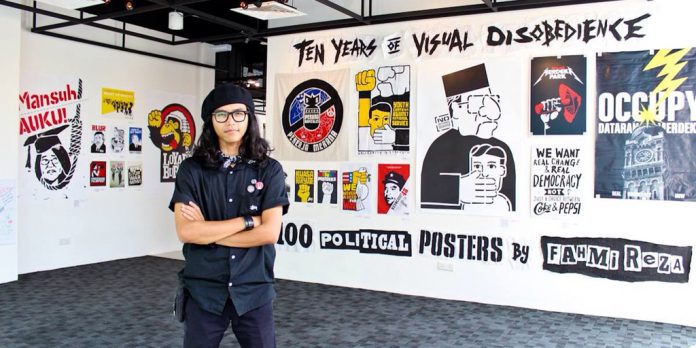 This decision sets a dangerous and bad precedent and is a serious setback to democratic discourse in the country, writes N Surendran.

I refer to the decision of the High Court yesterday to uphold the conviction of Fahmi Reza under Section 233(1) of the Communications and Multimedia Act 1998 for publishing a clown caricature of former Prime Minister Najib Razak.

The court’s decision is surprising and disappointing, and is contrary to Article 10(1)(a) of the Federal constitution which guarantees freedom of speech and expression. The decision fails to give effect to the public’s basic right to criticise or comment upon political matters through pictorial representations or images or caricatures.

Fahmi’s now famous clown caricature of Najib is a classic example of political comment or satire, which falls under the constitutionally protected right of freedom of expression. Judge Mohd Radzi Harun’s decision that the caricature is offensive and a crime under Section 233(1) has rendered nugatory or ineffective Fahmi’s constitutional freedom to criticise or comment upon political matters; and consequently the freedom of all Malaysians to do so.

Hence, this decision sets a dangerous and bad precedent and is a serious setback to democratic discourse in the country.

As a result of this decision, are Malaysians committing a crime if they publish political caricatures from now on?

Further, the judge clearly applied the wrong legal principle, by chiding Fahmi for forgetting his “manners as a Malay”. It is baffling that the judge said this, for it is not the purpose of the criminal law to punish citizens for “bad manners”.

It is the very nature of political caricature to tell hard-hitting truths about a political situation or issue. And naturally, it will be offensive to the person who is the target of the caricature.

In any event, in rebuking Fahmi, judge Mohd Radzi Harun failed to take into account that a large majority of Malaysians supported his criticism of Najib through his clown caricature. To the Malaysian public, the clown caricature of Najib was not bad manners, but a civic-minded act of resistance to an oppressive and kleptocratic Prime Minister.

The prosecution was carried out by the Malaysian Communications and Multimedia Commission’s head of prosecutions, who opposed Fahmi’s appeal from the Session Court’s conviction. Why did the MCMC pursue this prosecution and oppose Fahmi’s appeal, when the Pakatan Harapan government has promised the repeal of Section 233(1)?

Meanwhile, as the body that is responsible for all prosecutions by virtue of Article 145(3) of the constitution, the Attorney General’s Chambers also bears equal responsibility for the wrong that has been done to Fahmi.

Both the MCMC and the Attorney General’s Chambers have miserably failed Fahmi and the Malaysian public by pursuing this anti-democratic prosecution carried over from the BN-era.

We call upon the MCMC and the Attorney General’s Chambers to announce to the public that they will not oppose Fahmi’s expected appeal from this conviction to the Court of Appeal. The announcement must be immediate, to allay public concern in the wake of this decision.

Further, the government must immediately impose a moratorium on all investigations and pending prosecutions under the notorious Section 233 of the act, pending repeal or amendment.

N Surendran is advisor of Lawyers for Liberty. 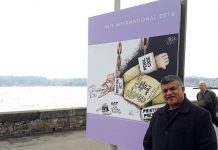 Support, not stifle freedom of speech and expression of artists, performers

Don’t agree with conviction at all. Judge is totally ignorant of what caricature means.