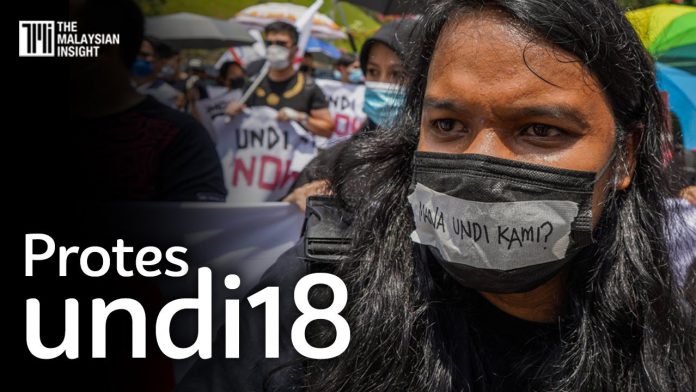 The Centre for Independent Journalism (CIJ) strongly condemns the frequent use of intimidation tactics by the government to silence dissenting voices.

This came to light after it was reported that several organisers and participants of the Undi18 protest would be questioned by police on 30 March 2021.

We believe the use of investigation tactics by authorities is seen as a form of intimidation against dissenting voices and voicing of alternate opinions, and we urge the government to put an end to stifling our right to freedom of expression and freedom of assembly.

Freedom of expression is enshrined under international human rights law, including the Universal Declaration of Human Rights and in our Federal Constitution. Freedom of expression and speech underpins the fundamental right to seek and exchange ideas, opinions and information that would enable the public to form their own opinions and allow for dissenting or alternative positions, specifically on issues of public interests, and ultimately promote good governance and hold the state to account.

Article 10 of the Federal Constitution guarantees all citizens the fundamental right to form associations and to engage in peaceful assembly and promotes freedom of expression. Any restrictions to these rights must be legitimate, necessary, or expedient and proportionate in the interest of maintaining public order, morality and national security.

The peaceful gathering held outside the Parliament building on 27 March 2021 was to demand that the government honour its promise to lower the voting age to 18 as well as implement automatic voter registration by July this year. The passing of legislation in Parliament to reduce the voting age threshold to 18 ensures that all Malaysians above the age of 18 have the constitutional right to vote.

The government using the movement control order the coronavirus pandemic as an excuse to deny this constitutional right is an attempt to undermine fundamental principles of human rights, and it is giving the country a bad name on the global stage.

Therefore, we stand in solidarity with the Undi18 participants and organisers. We call on the authorities to unconditionally end any harassment or scare tactics against any protesters and on the Malaysian government to safeguard and respect the right to peaceful assembly and freedom of expression for all.

Wathshlah Naidu is executive director of the Centre for Independent Journalism