Children who have reached puberty and are convicted of these offences can receive the same punishments as adults; certain younger children may be subjected to whipping.

“Brunei’s new penal code is barbaric to the core, imposing archaic punishments for acts that shouldn’t even be crimes,” said Phil Robertson, deputy Asia director at Human Rights Watch. “Sultan Hassanal should immediately suspend amputations, stoning, and all other rights-abusing provisions and punishments.”

Sultan Hassanal Bolkiah first formally published the Sharia or Islamic Law, Syariah Penal Code Order in October 2013. At that time, the government stated it would implement the new law in three phases.

The first phase would enact the provisions punishable by fines or imprisonment in April 2014.

The second and third phases would then be introduced over the next two years, implementing provisions that included punishments such as amputation, whipping or stoning to death.

Following an international outcry over the severity of the punishments, the government delayed further implementation of the law. However, on 29 December 2018, Brunei’s attorney general quietly issued a notification that the law would be enacted in full on 3 April.

On 30 March, the Brunei Prime Minister’s Office sought to contain global outrage against the new law, issuing a statement that the code aims to “respect and protect the legitimate rights of all individuals.”

“Every day that Brunei’s penal code is in force is a multifaceted assault on human dignity,” Robertson said. “Governments around the world should make clear to Brunei’s sultan that there can be no business as usual so long as the threat of whipping, stoning or amputation remains on the books.”

Provisions of the Sharia penal code violate Brunei’s obligations under international human rights law, including the rights to life, freedom from torture and other ill-treatment, expression, religion, privacy, and individual autonomy, among others.

The code is discriminatory on its face, and violates many rights of women, children, and lesbian, gay, bisexual, and transgender people, among others.

The punishments provided under the new code violate customary international law prohibitions against torture and other ill-treatment, as reflected in the Universal Declaration of Human Rights and treaties to which Brunei is party, such as the Convention on the Rights of the Child.

The use of stoning or intentional amputation as a punishment violates the absolute prohibition of all forms of torture and other cruel, inhuman, or degrading treatment or punishment.

The United Nations Human Rights Committee has said in its General Comment No. 36 that “under no circumstances can the death penalty ever be applied as a sanction against conduct” that is protected by international law, including adultery and homosexuality.

Retaining the death penalty for such “offences” is a form of arbitrary deprivation of life and violates Brunei’s international legal obligations.

The code also imposes the death penalty for some forms of robbery and rape, and for insult or defamation of the Prophet Mohammad (Articles 63, 76, 220) by both Muslims and non-Muslims. This is inconsistent with the international principle that the death penalty should be reserved for only “the most serious crimes,” namely those involving intentional killing.

How does Brunei’s Sharia penal code violate freedom of expression?

The new Sharia penal code punishes both Muslims and non-Muslims for printing, disseminating, importing, broadcasting, and distributing publications against Islamic beliefs (Articles 213, 214, and 215). This is an excessive and disproportionate restriction on the rights to freedom of expression and religion.

The law also punishes “indecent” dressing and cross-dressing (Articles 197, 198), which arbitrarily restricts freedom of expression and association and privacy rights and constitutes a form of discrimination on the basis of gender expression.

The Sharia penal code sets up serious barriers for Muslim women to escape violent marriages or seek equal employment opportunities. It criminalises anyone who prevents a legally married Muslim couple living together or “entices” married Muslim women to leave their matrimonial home and similarly, punishes those who leave the custody of their parents or guardians. The law also punishes Muslim women for pregnancy outside of marriage (article 94).

But the attorney general’s order of 29 December 2018 exempted article 94 from immediate implementation starting on April 3.

The code makes consensual same-sex acts illegal and punishable by death or by whipping. It institutionalises discrimination against lesbian, gay, and bisexual people in its most severe form. At a time when many countries are decriminalising consensual same-sex conduct, Brunei is joining seven countries that punish consensual homosexual acts with the death penalty.

The law also attempts to legislate transgender people out of existence by prohibiting dressing in the attire associated with a different sex.

The penal code imposes criminal liability and punishment – including stoning, whipping, and imprisonment – upon children who have obtained puberty, referred to as baligh under the law. Children deemed old enough to know the difference between right or wrong, referred to as mumaiyiz under the law and traditionally interpreted under Sharia to be around age seven, may be punished, including by whipping.

These provisions violate international law, including the rights of children protected in the Convention on the Rights of the Child, notably prohibitions against the death penalty, and torture and other ill-treatment.

The penal code also criminalises any conduct exposing Muslim children to the beliefs and practices of any religion other than Islam.

Does the Sharia penal code apply to both Muslims and non-Muslims?

In some legal systems said to derive from the Quran, Sharia applies only to Muslims. In contrast, most of the laws in Brunei’s S’haria penal code are applicable to both Muslims and non-Muslims.

Article 69, punishing zina or extramarital sex, and Article 92, punishing musahaqah or sexual relations between women, apply in instances in which the accused persons are two Muslims or a Muslim and a non-Muslim.

Non-Muslims who commit khalwat – living together, cohabiting, or being in close proximity to another in private – under Article 196 will be punished with imprisonment and a fine.

Anyone who publicly consumes food, drink or tobacco before sundown during the month of Ramadan faces imprisonment and a fine under Article 195. 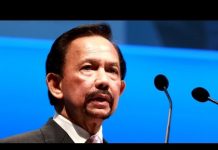 This is already the 21st Century. Unfortunately many countries are going on reverse due to Fanaticism. Thats not going to make earth peaceful….Look around….. 2/3 of the world is somehow safe and peaceful to live but the Fanatic countries are just destroying themselves and their nation…

The right question to ask is whether the fundamental rights of Muslims in Malaysia ,Brunei Nusantara and the world are protected??

Kindly refrain from making unwarranted comments. Brunei is an absolute monarchy. The ruler doesn’t need to get anyone’s consent to make his laws.

It’s back to the dark ages in Brunei.

All those so called developed nations that continue to benefit from Brunei’s multi billion dollar investments in these nations are just as guilty for the situation in Brunei. If they are true champions of human rights then they must have the moral courage to first freeze all such investments and partnerships before imposing trade sanctions. Otherwise they are culpable to thus desecration of civilization.

His gay son is save i suppose

What if the children r the victims themselves??

Children who have reached puberty and are convicted of these offences can receive the same punishments as adults; certain younger children may be subjected to whipping….Wow..how humane😱😱😱😱😱