The Malaysian Bar Council is calling on the Human Resources Ministry to adopt a standard employment contract to cover all domestic workers irrespective of their country of origin.

The Bar Council commends the Ministry of Human Resources for proposing that domestic workers be given a rest day and for suggesting that all domestic workers have a standard employment contract.

Despite adverse reaction from some individuals, we must proceed to do what is right and uphold human dignity regardless of nationality or class of work.

As a matter of policy we should adopt a standard employment contract to cover all domestic workers irrespective of their country of origin.

The Employment Act should be amended to include as much of this standard contract as possible to ensure uniformity and statutory protection for domestic workers.

* Section 24 – Lawful Deductions (Deductions shall not exceed 50% of the wages earned – 24(8))
* Section 69 – Director General’s power to inquire into complaints (Dispute relating to wages or any other payment in cash due to the employee under the terms of the contract of service or the Employment Act)
* Section 65 – Powers of inspection and inquiry (Director General shall have power to enter without previous notice any place of employment and to make an inquiry)
* Section 79 – Powers of Director General to investigate possible offences under the Act
* Part XVII – Offences and Penalties (Fines not exceeding RM10,000)

We would also suggest then an effective mechanism be set up to deal effectively with claims for non–payment of salary and monetary benefits.

It is perhaps important and timely to consider seriously the rights of domestic workers to form their own associations so that they can highlight their rights and concerns.

We propose that the Government incorporate and implement the following terms and conditions in formulating a just and equitable standard employment contract for all domestic workers.

Items that should be part of a standard contact

2. Duration of the contract and the date of commencement

5. Rest day – At least one rest day per week should be provided; The contract should also specify the rate of payment if work is done on this rest day

11. Advances – The total advance that was paid by the employer should be stipulated in the contract together with an explanation of how much the employer intends to deduct each month to recover these advances (The total deductions in any one month cannot exceed 50% in accordance with Section 24 of the Employment Act).

13. Food – The domestic worker should be provided three reasonable meals a day

15. List of duties of domestic worker  – The contract should specify the general range of duties that the domestic worker is expected to take on i.e. household chores, cooking, looking after aged persons, baby-sitting and child minding.  Other duties that reasonably come under the job scope of a domestic Worker can be included but these should be specified in the contract.

The contract must stipulate that the domestic worker will only work for the employer and his/her immediate household and not be required to work in another residence or be assigned to any commercial, industrial or agricultural enterprise. The domestic worker is to comply with reasonable instructions of the employer.

17. Termination of contract – The contract should list out the various conditions under which the contract can be terminated by either the employer or the domestic worker.

18. Passage – The transportation cost to bring the domestic worker to Malaysia is to be born by the employer.  If the fixed term contract comes to its natural end, the employer will also be responsible for paying for the cost of repatriation.

19. Wrongful termination – In the event of wrongful dismissal by the employer, the employer will pay the dismissed domestic worker adequate compensation.

20. Foreign workers compensation scheme – The employer must take out insurance for the domestic worker. The standard contract should specify the minimum quantum payable in the event of death or permanent disability

21. Passport –  The passport should remain in the possession of the domestic worker.

22. Bank guarantee – The employer should provide a bank guarantee to the embassy/high commission of the sending country

23. Amendments – It should be clearly stated that no provision of the contract can be altered, amended or substituted without the written approval of the Ministry of Human Resources and the embassy/high commission of the sending country. 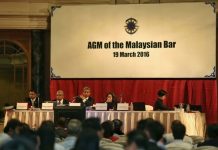