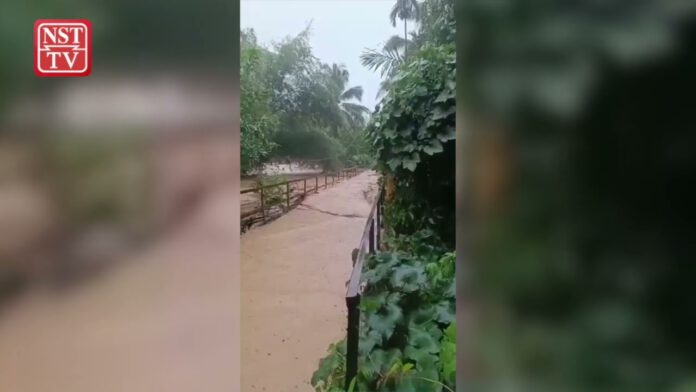 Sahabat Alam Malaysia (SAM) calls on the Kedah government to take responsibility for the Baling floods and the devastation that resulted in the deaths of three persons and the loss of homes for hundreds of others.

SAM is appalled by the response given by Kedah Menteri Besar Muhammad Sanusi Md Nor, who once again rubbished logging as a possible cause for the massive gush of water from the streams in Gunung Inas.

Sanusi, according to media reports, attributed the cause to a “headwaters problem”, with the accumulation of water upstream following the rain, similar to the Gunung Jerai tragedy last year.

The headwaters phenomenon cannot be a convenient excuse when we see pictures of large amounts of trees and logs washed down with the gushing of silt-laden waters. Also, there is a video circulating widely on social media which shows a company promoting its musang king durian plantations in the Gunung Inas area, involving the massive clearings of forests.

The menteri besar must have seen such videos and explain if they are fake or if there is some truth in them, because the credibility of the Kedah government is at stake.

Sanusi’s response in blaming Mother Nature as the cause for the severe floods is most irresponsible when it defies logic and common sense that the upper reaches of Gunung Inas are not in a pristine state and not free from land disturbances. The land clearings that are ongoing may not be for logging, but surely, it cannot be said that nothing is happening in the area.

We are also equally outraged by the response from Energy and Natural Resources Minister Takiyuddin Hassan, who also said that no active logging activities had been reported in the Gunung Inas forest reserve and that the floods could have been due to a water surge phenomenon, echoing the sentiments of the menteri besar.

Takiyuddin’s assertion that 5,000 trees have been planted in a 52ha area as part of reforestation efforts in the area is no comfort to us when such efforts are insignificant, compared to the hundreds or thousands of hectares which are cleared for plantations or other purposes.

SAM calls on the Kedah government to come clean on the matter and to regain public confidence by holding a public inquiry to get to the root of the matter, both in the case of the Baling floods and the Gunung Jerai tragedy.

Clearly, there is more to these incidents than meets the eye, and we need to avert another tragedy of this kind. Such an inquiry is needed to ascertain what exactly is going on in the state of Kedah and what measures and gaps need to be addressed with urgency.

Simply blaming Mother Nature is not going to work any longer, as the intensity and frequency of such intense rainfall due to climate change will be a recurring problem.

Also, it is not enough for the federal government to just be seen as providing aid and cash relief, as such band aid measures are not going to prevent further disasters from happening – not only in Kedah but in all other states – where the rampant clearing of forests for all kinds of purposes, including for logging, plantations and mining activities, is allowed.

READ MORE:  Baling floods: Why we need a royal commission of inquiry

It is time to act with responsibility and prevent further tragedies. Let’s not wait for more disasters! – The Malaysian Insight