On 27 October, the anniversary of Operation Lallang in 1987, when about 106 persons were arrested and detained under a draconian law that allowed detention without trial, we, the 16 undersigned organisations and groups, call on Malaysia to abolish all existing detention-without-trial laws, including the Prevention of Crimes Act 1949 (Poca), the Prevention of Terrorism Act 2015 (Pota) and the Dangerous Drugs (Special Preventive Measures) Act 1985.

In the 1987 Operation Lallang, about 106 persons, including human rights defenders, women activists, politicians, workers’ rights activists, religious groups and others were arrested and detained without trial under a detention-without-trial law, the Internal Security Act 1960 (ISA).

Detention without trial, then and now, does not allow its victims to challenge in court the alleged reasons for which they have been detained or restricted – no judicial review.

Detention orders could be made indefinite, two years at a time. Likewise for restriction orders.

Restriction orders could including being restricted to a particular village, town or district, not being able to leave one’s place of residence after a certain time and not being able to access the internet. If there is a breach of any of these restrictions, it is a crime punishable by law.

Some laws repealed but detention without trial came back stronger

Malaysia, under the previous Barisan Nasional government, repealed the ISA and the Emergency (Public Order and Prevention of Crime) Ordinance 1969, but then brought back detention without trial by an amendment to Poca and enacted a new detention-without-trial law, Pota.

Support the struggle to build a Malaysia based on Justice, Freedom, Solidarity:
READ MORE:  Stay home and watch: Poca Boy

Poca, which was previously a law restricted to triad gangster groups that commit violent crimes, has now had its scope broadened. It now can be used against any persons who are suspected of committing any crime in the Penal Code.

Poca’s First Schedule, item 2 today reads as follows: 2. Persons who belong to or consort with any group, body, gang or association of two or more persons who associate for purposes which include the commission of offences under the Penal Code.

Poca can also be used against those suspected in terrorism activities, human trafficking, smuggling of persons and even drug trafficking, among others.

Torture of victims detained without trial

Under these detention-without-trial laws, even though there is really no necessity for any confessions or evidence gathering, as there will be no trial anyway and there is no way to challenge in court the reasons for detention, torture has been alleged by victims, usually human rights or political activists who are brave to do so, as many ordinary detainees are just too fearful of further repercussions or retaliation to speak up.

“I shall always remember how on the ninth day of my detention, I was beaten with a stick. It was the most humiliating experience in my life. I was forced to stand there while an inspector of the Special Branch beat me with a stick – to remind me that they were not going to treat women more leniently. I was truly in a state of shock.”

An interrogator tried to burn his genitals with a burning rolled-up piece of newspaper. They pulled his hair, stepped hard on his fingers and toes with their booted feet and whacked his back with rolled-up bundles of newspapers.

They threw ashtrays at him and beat and poked at him with a broom. He had to do endless strenuous exercises like duck-walking, leap-frogging, crawling on all fours and “swimming” on the floor. All these were aimed at destroying his self-esteem and reducing him to a helpless wreck. If he stopped from exhaustion, they kicked him. They put a large tin over his head and hit it hard with a stick. The sound within was deafening and he suffered cuts and bruises all over his head and face. He was also given the notorious “wet treatment”. They pushed his face into a filthy squat-type toilet and flushed it repeatedly.

The incidence of torture of detention-without-trial victims may be difficult to prove, but the fact that it exists is probable, taking also consideration the number of deaths in police custody and deaths in detention centres.

The Enforcement Agency Integrity Commission (EAIC) after inquiring into the case of Syed Mohd Azlan Syed Mohamed Nur, who died in police custody, found that police officers had intentionally used violence resulting in the death. They recommended action be taken against these officers for murder.

Recently, it was reported that 10 prison warders had been arrested and remanded in connection with the death of a prisoner, who was found dead in his cell with blunt force trauma wounds to his head and body. (Malay Mail, 23 October 2019).

The fact that someone is detained without trial does not mean he or she cannot be charged and tried in court. As an example, Section 19G of Poca states:

The detention of any person under this Part shall be without prejudice to the taking of any criminal proceeding against that person, whether during or after the period of his detention.’

Those detained under detention-without-trail are denied their right to a fair trial.

Article 10 of the Universal Declaration of Human Rights states:

Everyone charged with a penal offence has the right to be presumed innocent until proved guilty according to law in a public trial at which he has had all the guarantees necessary for his defence.

Everyone charged with a penal offence has the right to be presumed innocent until proved guilty according to law in a public trial at which he has had all the guarantees necessary for his defence.

No one shall be subjected to arbitrary arrest, detention or exile.

Charles Hector released this statement on behalf of the 16 groups listed below: 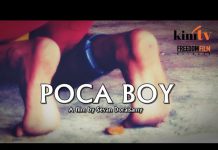