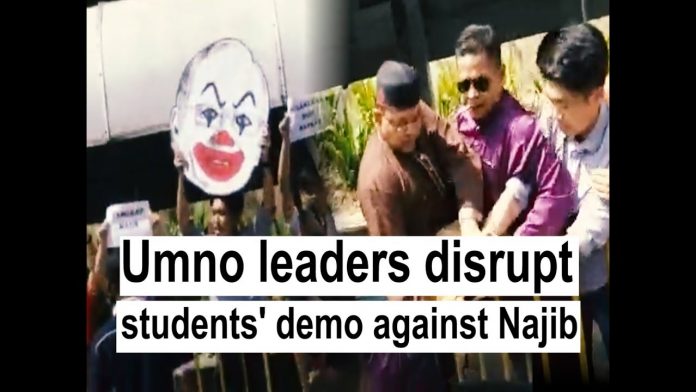 We, the undersigned, strongly condemn the violent assault and attack by former Prime Minister Najib Razak’s followers and supporters on seven University of Malaya students who staged a peaceful protest on 22 March 2019.

The students were merely exercising their rights to freedom of assembly and freedom of expression as enshrined in our Constitution.

Unedited video images of the incident show the students were demonstrating peacefully and exercising their constitutional right to express their opinions and views on the performance of the former prime minister during his tenure. They were then harassed, attacked and assaulted by a group of Najib’s followers and supporters.

We also condemn the justifications given and used by these attackers who framed the students’ action of criticising Najib as “menghina orang Melayu” and labelled them as “DAP students”. Such justifications are improper; they are not in any manner acceptable excuses for their attack and assault on the students.

Moreover, the justifications given are misleading. One needs to differentiate between criticism of a public figure and insult to a person’s religion and race. The former is clearly within the constitutional right of any citizen to express their perception and views of the former prime minister as a public servant in his performance and discharged of his duties during his tenure in office.

The attackers also threatened two journalists with violence to stop them from discharging their duties as reporters in reporting the incident.

Further, it is regrettable to note that the police have not acted to arrest the attackers. We call upon the authorities to act swiftly by investigating this incident and bring those involved to justice.

Malaysians of all walks of life came together on 23 March 2019 at a Peace Walk to affirm their solidarity for peace and rejection of all forms of violence. It is therefore most regrettable that such attacks and assaults took place.

We call upon all Malaysians irrespective of political affiliations and ethnicity to reject all forms of violent behaviour and action that threaten, intimidate, attack and prevent fellow Malaysians from exercising their right to freedom of expression in a public space.

Endorsed by the following groups: