Malaysians Against Death Penalty and Torture (Madpet) is disappointed with the Court of Appeal’s decision, as reported in the media, that suggests that Petaling Jaya Utara MP Tony Pua has no right to be heard and that the Immigration Department director general is not required to give any reason for imposing such a ban (The Star, 5 July 2017).

The fact that any Malaysian could at any time be barred from leaving the country, without knowing why and without even being accorded the right to challenge the action of the Immigration Department in court is certainly unacceptable and most unjust.

Right to know why and right to be heard

“…Justice Idrus Harun, who delivered the unanimous decision of the court, said Article 5 of the Federal Constitution on the right to liberty excluded the right to travel abroad… He said Pua, under Article 5 and the Immigration Act, had no right to be heard and the Immigration director-general had no duty to give reason to impose the travel ban” (FMT News, 5 July 2017). The coram of the Court of Appeal was Mohd Zawawi Salleh, Kamardin Hashim and Idrus.

Section 59 of the Immigration Act 1959/63 states that “No person and no member of a class of persons shall be given an opportunity of being heard before the Minister or the Director General, or in the case of an East Malaysian State, the State Authority, makes any order against him in respect of any matter under this Act or any subsidiary legislation made under this Act”.

It is so wrong for a person who had expended money and effort to be suddenly barred from travel at the international airport. Prior notice of a ‘travel ban’ is definitely more just and accords the victim the right and opportunity to challenge the validity of such ban.

The state of affairs suggests that Malaysians may consider themselves ‘detained’ within Malaysia – for the director general of immigration can at any time ‘secretly’ decide that they be not be allowed to travel out of Malaysia. Worse, the victim of the travel ban seems to also not have a right to know the reason the ban was imposed.

The earlier High Court judgment in the Member of Parliament Tony Pua’s case stated, amongst others, “… The above evidence also shows that the DGI has given his reasons even though he is not required to do so under the Immigration Act.”

This goes contrary to the norm in the administration of justice where even the arresting or investigating authority is required to explain the reasons for any such arrest or investigation of those affected. Rights and liberties should never be denied without giving reasons to victims.

Without the right to know the reasons for the denial of the ability to leave Malaysia (and possibly also the right to enter the country), any victim would be extremely prejudiced and subjected to serious injustice.

Without knowing, he or she could also not correct the possible mistakes, lies or false facts upon which the director general of immigration may have wrongly relied on when he decided on such travel bans. The denial of the opportunity to be heard even before the director general or the minister makes it all the more unjust.

Section 59 and other sections that deny such rights must be repealed, and the right to know the reason for the imposition of restrictions and/or travel bans, and the right to be heard must be guaranteed in law.

Judicial review is the power given to courts and judges to review executive action to determine that it is just and in accordance to the law. It is a necessary check and balance in any democracy. It is wrong to have laws that enable arbitrary unchecked exercise of power by the executive, be they the prime minister, ministers, police, the director general of immigration or any other government department.

The denial of the right to judicial review of the reasons for the restrictions and/or travel ban is unjust. Section 59A of the Act states, “(1) There shall be no judicial review in any court of any act done or any decision made by the Minister or the Director General, or in the case of an East Malaysian State, the State Authority, under this Act except in regard to any question relating to compliance with any procedural requirement of this Act or the regulations governing that act or decision.”

It is the reasons for the imposition of bans/restrictions that need to be reviewed by the court – not simply whether the procedure was followed.

This exclusion of the right of the victim to ask the court to review the reasons for the detention, and in this case, travel bans imposed on him or her, makes the Immigration Act similar to other draconian detention without trial laws like the Prevention of Crime Act 1959 (Poca) and the Prevention of Terrorism Act 2015 (Pota).

The Immigration Act seems worse, since there is not even the obligation to inform the person prevented from leaving the country the reasons for the said ‘ban’.

Travel bans should only be imposed by courts

It must not be forgotten that a person is presumed innocent until proven guilty in court. A person being investigated is merely a suspect. The fact that one is being investigated will really not be known to many unless one had previously been arrested on suspicion of having committed a crime or had been called in to give a statement in connection with an investigation that one may have committed some crime. Note witnesses are also called in for the purpose of investigation, and here they can never be considered suspects.

Restrictions of movement out of the country can generally only be imposed after one is charged of a crime and is released on bail, where the court may, in exceptional cases, impose a ‘travel ban’ preventing the accused from leaving Malaysia. For suspects and potential witnesses, such powers should never be in the hand of the police, Immigration Department or government, but only the courts.

The law requires that even a suspect arrested, cannot be detained longer than 24 hours without a magistrate’s remand order. It is absurd that the power to impose travel bans should rest solely in the hands of the Immigration Department – and not the courts. Without the possibility of judicial intervention, the risk of abuse of power is unchecked.

Bans and restrictions – prior notice

In this case, however, there were no such prior restriction imposed by the police and/or the courts. Tony Pua was allegedly suddenly prevented from leaving the country at the KL International Airport 2 on 2 July 2015.

Individuals subjected to ‘travel bans’ should be notified immediately when they are being subjected to such restrictions. To not do so, and suddenly stop them – after they had made plans and expended money – at the airport or exit points is wrong and unjust. It suggests that the immigration authority may have had a wrong motive of causing additional suffering on the victim – prior notification would have prevented such injustice and personal losses.

Prior notice would also accord the right to the victim to challenge any such orders, restrictions and bans. No reasonable person would have expended money and energy planning trips if they knew there was a travel ban. I suspect that Tony Pua was not compensated for even the money that he had spent purchasing his flight tickets and for other expenses already spent for that trip.

It may be a good idea for the Immigration Department to place at their website lists of individuals who are prevented from travelling out of the country.

Judges must act without fear to uphold the cause of justice

Judicial review is the process that allows a person aggrieved by a decision of the executive to be able to take the matter to the courts, which will then decide whether what was done was just and right.

Given Malaysian parliamentary culture, whereby the ruling party backbenchers, do not seem to oppose or disagree with the executive, which is led by the prime minister/menteri besar/chief minister, who also happens to be the party leader, the role of the judiciary to act as a check and balance becomes all the more important.

It is sad that, in the past, Parliament, possibly under the influence of the executive, passed laws that attempt to restrict the powers of the judiciary, thus weakening the latter’s ability to serve as a necessary and effective check and balance.

Thus, it falls upon judges in Malaysia to bravely uphold the cause of justice and the rule of law without fear or favour. Judges in Malaysia risk the possibility of being transferred or not being promoted or confirmed when they are still judicial commissioners, but that is a risk that they must all face in the interest of justice and human rights. Bad laws inconsistent with justice, human rights and the rule of law should never be allowed to hinder the upholding of justice. 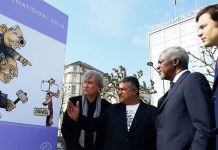