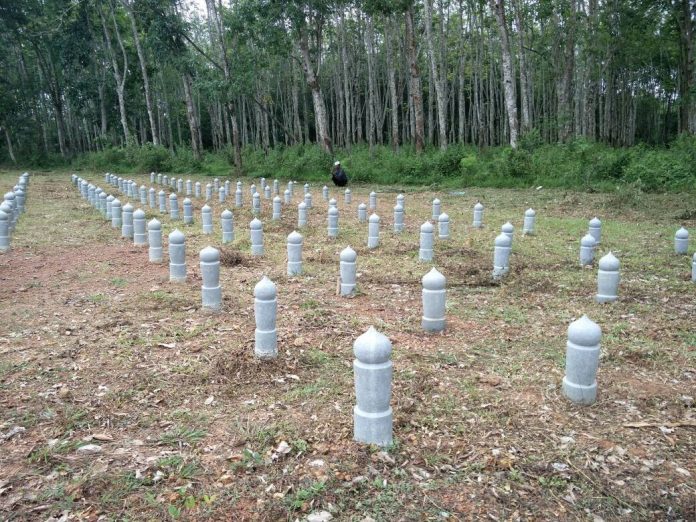 Two years after the discovery of mass graves in a village in Kedah, the Malaysian Consultative Council of Muslim Organisations (Mapim) and the Penang Stop Human Trafficking Campaign held a memorial there.

Two years ago, the Malaysian police announced the discovery of 139 grave sites in 28 detention camps used by human traffickers, found in the jungles of Perlis in Malaysia.

These were in addition to the ones already discovered by the Thai authorities on the Thai side of the border.

Thousands of women, men and children had passed through these camps. Many were tortured, violated, beaten, abused in horrible ways. Many did not survive.

Last weekend, on Sunday, 21 May 2017, a small ceremony was held at the Rohingya graveyard in Kampung Tualang, Pokok Sena, Kedah, where some of the bodies of the victims have been laid to rest. The ceremony marked this second anniversary.

Some 400 people, many of them survivors of the camps or from refugee and migrant communities, came to pay their respects and pledge their solidarity in the ongoing fight against human trafficking.

This is the statement put out by the organisers, the Malaysian Consultative Council of Islamic Organisations (Mapim) and the Penang Stop Human Trafficking Campaign.

On the occasion of the

READ MORE:  India must not deport Rohingya refugees to Myanmar

We are here because:

on 26 May 2015, the Malaysian police announced the discovery of 139 grave sites in 28 detention camps used by human traffickers, found in the jungles of Perlis in Malaysia. These were in addition to the ones already discovered by the Thai authorities on the Thai side of the border.

The discovery laid bare for all to see the systematic, brutal trade in human beings that is so endemic in this region. The criminal syndicates who are involved are highly organised, cross borders with impunity, and almost certainly have bought collusion from significant numbers of people in key agencies and authorities.

In the weeks that followed the discovery, there was extensive news coverage. The way the criminal syndicates recruited people from Myanmar and from Bangladesh was told, the human traffickers preying on those desperate to flee the violence and persecution – Rohingya in Arakan state, for instance, or those desperate to find economic opportunity away from the poverty of their homes in Bangladesh.

The vulnerability of refugees and migrant workers to human traffickers has been extensively documented; the camps at Wang Kelian are a horrible and sad example.

It was clear that for years this trafficking in human beings had been going on, but nothing had been done.

It is utterly sad that the situation facing the Rohingya, for example, has actually deteriorated since 2015, with the havoc taking place in their homeland while little has changed for them in countries like Malaysia, where they still have no recognised rights at all.

As Tan Sri Razali Ismail (now chairman of Suhakam) was quoted at the time: “It’s time we come to grips with recognising that the transnational crime is huge in South East Asia, in Asean, and it is embarrassing and hurting Asean. And some of our people in uniform have become part of that. We have to break the back of that.”

This is a further challenge: to ensure that our enforcement agencies and our institutions designed to provide protection and justice are free from the machinations of criminal syndicates, including human traffickers.

We can hope things are changing; but we can also note that sadly few people have been brought to justice in Malaysia for the crimes and murders of people at Wang Kelian. For example, in March this year we were told that 12 police officers who were being held on suspicion of involvement in the trafficking had been released “because there was no strong evidence to charge them for the offence”.

Let us hope that the deaths of the women, men and children buried here in these graves in Pokok Sena, Kedah Darul Aman are not in vain. They were certainly extremely sad deaths, and are a mark too of the many thousands of other women, men and children who have died or are continuing to suffer at the hands of human traffickers in Malaysia and in this region.

But at least let us hope their deaths can galvanise us who have come together here today, again to take up the fight against human traffickers and all those involved in protecting human traffickers from exposure.

We know it is not easy; we know how difficult it is the world over for people, governments, law enforcers, and other agencies to break the back of human trafficking. It is the second biggest criminal activity in the world; its profits are huge.

But if we are to protect people, if we are to realise our common humanity stretching across this land, across borders, around the region, around the globe, if we are to say that human lives are worth more than money, then let us come together and think about how we can do better.

How can we better protect those who are vulnerable – refugees, migrant workers, women, stateless children?

How can we work closer with survivors of human trafficking and better protect them – people who can tell us their experiences and what happens and maybe who is involved? We should not forget that refugees and migrant survivors were telling about the Wang Kelian camps for some years, but no one took any action.

Then of course we need to think about what needs to be done to challenge and stop the human traffickers, to refuse to deal with governments who collude with the syndicates, to stop putting profits before people and economic and political interests above human rights.

We need to think about how to bring those responsible to justice, without fear or favour. All this we owe to the women, men and children here in these graves; we owe it too to ourselves, as people and as a nation. 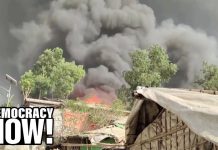