The Malaysian government is moving towards the Regional Comprehensive Economic Partnership in place of the stalled Trans-Pacific Partnership – but has it carried out a cost-benefit analysis? Third World Network reports.

The Malaysian government has now set its sights on the Regional Comprehensive Economic Partnership (RCEP) and apparently turned away from the Trans-Pacific Partnership Agreement (TPPA), lauding the potential benefits the former has in store for the country and the region as a whole.

As reported in the Star (14 March 2017), Minister of International Trade and Industry Mustapa Mohamed told Parliament that the government is no longer ‘keen’ to salvage the TPPA deal with the other 10 nations after the United States pulled out of the trade pact.

“We are not interested in pursuing the TPPA as it does not meet our primary objective of gaining access to markets such as the US, Canada, Mexico and Peru. The RCEP is seen as the second-best option as it will help fill the vacuum to a certain extent,” Mustapa told Parliament on 13 March 2017.

While the RCEP could not be a complete replacement of the TPPA, Mustapa said further, the agreement between the 10-member Asean and China, South Korea, Japan, India, New Zealand and Australia account for 30 per cent of global trade and includes the 1.3bn-strong population of China.

The 16 countries involved in the RCEP account for a total population of 3.4bn, accounting for almost 50 per cent of the world’s population.

Support the struggle to build a Malaysia based on Justice, Freedom, Solidarity:
READ MORE:  RCEP: Pushback against corporate-led globalisation

Ahmad also pointed out that among the differences between the RCEP and the TPPA signed in February last year between Malaysia, the United States and 10 other countries in the Asia-Pacific was the absence in the RCEP of chapters specific for government procurement, labour and the environment.

Klang opposition member of Parliament Charles Santiago of the DAP, however, pointed out that Ahmad was originally supposed to address whether the Malaysian government had deliberated to carry out a cost-benefit analysis of the RCEP, particularly in relation to small-medium-industries (SMI).

According to the parliamentary Hansard of the day’s proceedings on 9 March, the deputy minister had only made reference to two studies on the economic integration of Asean countries with their six trading partners under RCEP.

The study had taken three years to complete, said Ahmad, and had recommended generally for Asean economic integration to contribute towards improving the economic development of the region. Upon completion, the final study was presented to the heads of Asean governments.

Santiago pointed out that the deputy minister had not answered the question posed. “I raise this issue because the government should not be repeating the mistake it had made in the TPPA, as the cost-benefit analysis of the TPPA was done after the agreement had already been reached.”

He stressed, “This is not a smart process. Before we go to war, we must know the advantages and disadvantages (of the steps taken). For this reason, I propose that the government carry out a cost-benefit analysis so that we can defend the national interests, especially in relation to small and medium industries. … I am sorry, but the government – the right honourable minister has not answered my question. Has the government of Malaysia carried out a cost-benefit analysis to protect Malaysia’s small and medium industries? That is the question, not whether Asean has carried out research, and so on.” 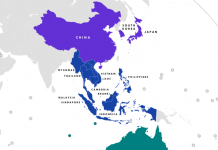