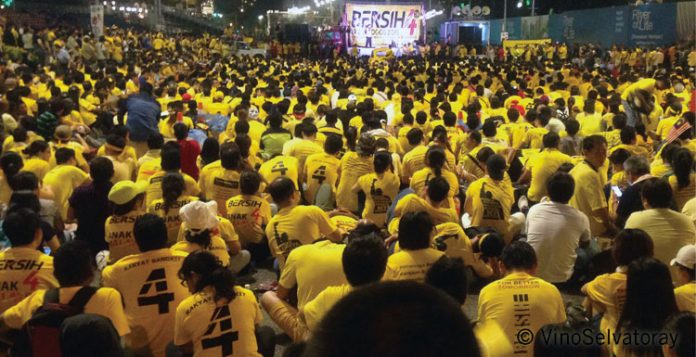 Suara Rakyat Malaysia (Suaram) and the Asian NGO Network on National Human Rights Institutions (ANNI) are greatly concerned by the recent statements and comments of Tan Sri Razali, the newly appointed chairperson of the Human Rights Commission of Malaysia (Suhakam).

In a recent interview published in The Star Online on 31 July 2016, chairperson Razali claimed that access to a lawyer has its downside in the case of those detained for terrorism. Furthermore, in responding to questions about the Bersih rallies, he called for Bersih not to take to the streets to make people’s demands to the government known.

Suaram and ANNI welcome and applaud the pro-active approach by Suhakam with regard to the detention of Dato Sri R Sanjeevan under the Prevention of Crime Act (1959). The interventions by Suhakam are of utmost importance to ensure that human rights and fundamental liberties are protected.

Unfortunately, the positive start of the newly appointed commissioners was tarnished by two comments made by the chairperson of Suhakam, which contravene the policy and stance adopted by the commission in the past.

We have grave concerns about the Suhakam chairperson’s views on peaceful assembly, specifically in relation to the Bersih rallies that took place in recent years. As Suhakam deployed observers to the rallies, it should be fully aware that the rallies were conducted in a peaceful manner without any damage to public property.

It should also be noted that the Federal Constitution of Malaysia guarantees the right to peaceful assembly as a fundamental human right, which cannot be denied or disrespected in such a manner as the Suhakam chairperson has done.

The views expressed by the chairperson on legal access for those detained or terrorism are also unworthy of the position he holds. Such views only encourage the morale of the Royal Malaysian Police that has in the past used torture against those detained under such circumstances.

We wish to remind the chairperson that the right to legal access is also provided for by the Federal Constitution and is available to all regardless of the crime committed. Furthermore, the principle of justice demands that all individuals are treated fairly and equally by according full legal rights.

Suaram and ANNI would like to remind Suhakam of its statutory duty to promote and protect human rights in Malaysia. We protest the recent statement by the Suhakam chairperson and call for Suhakam to adopt a clear stance on matters of peaceful assembly and the right to legal access.

Or else, Suhakam will be painted as an apologist national human rights institution which seeks to ‘legalise’ and justify the human rights violations committed by the government.

The Asian NGOs Network on National Human Rights Institutions (ANNI) was established in December 2006. It is a network of Asian NGOs and human rights defenders working on issues relating to national human rights institutions (NHRIs). ANNI is composed of members that are national organisations from all over Asia. ANNI currently has 30 member organisations from 17 countries or territories.

The work of the ANNI members focuses on strengthening the work and functioning of Asian NHRIs to better promote and protect human rights as well as to advocate for the improved compliance of Asian NHRIs with international standards, including the Paris Principles and general observations of the Sub-Committee on Accreditation (SCA) of the International Coordinating Committee (ICC).