After six long years of investigations, this first indictment of the arms maker shows that Suaram’s suspicion of commissions paid to Malaysian officials in the Scorpene deal is well founded, says Kua Kia Soong.

The Scorpene submarines scandal involving suspected commissions paid to Malaysian defence officials in the French submarines sale in 2002 has finally surfaced in the French court with a first indictment issued against the former boss of an international subsidiary of Thales, suspected of having corrupted then defence minister and the present Malaysian Prime Minister Najib Razak.

Bernard Baiocco, the former president of Thales International Asia (Thint Asia) was indicted before magistrate Roger Le Loire on 15 December or “active bribery of foreign public officials” including Najib Razak, then minister of defense, and one of his advisers, Abdul Razak Baginda, according to the news agency AFP.

The former boss of Thint Asia, together with the Directorate of Naval Construction (DCN) who made the submarines, was also indicted for complicity in misuse of corporate assets.

Suaram’s complaint to the French in November 2009 had started a preliminary inquiry and a judicial investigation opened in Paris in 2012. Searches by the French police at Thales and DCNS offices had led to the seizure of numerous documents.

After six long years of investigations, this first indictment of the arms maker shows that Suaram’s suspicion of commissions paid to Malaysian officials in the Scorpene deal is well founded and we have been vindicated.

The sale of two Scorpene submarines and a sub Marino Agosta to Malaysia was the most expensive military procurement by Malaysia to date, costing nearly RM5bn for the hardware plus more than RM2bn for the training of operatives and maintenance of the submarines.

The French judges have been examining contracts which they suspect of being used to pay for bribes. One of these, referred to as “C5 commercial engineering” involved payment of 30m euros by DCNI, a subsidiary of DCN to Thales International Asia, in respect of “selling expenses for export”.

The French judicial investigations also show that another company, Terasasi, whose main shareholder Razak Baginda, then adviser to the defence minister, Najib Razak, was paid almost the same amount for consultations. Investigators suspect these so-called “consultations” to be a front for bribes.

In the investigations, another contract provided for the payment of 114m euros to the Malaysian company Perimekar, the main contractor of the Scorpene deal.

All this time, the Malaysian government has not told parliament or the public about the existence of Terasasi (Abdul Razak Baginda’s other company) and that it had a share of the spoils from the purchase of the submarines. The government has only tried to justify the payments to Perimekar.

The existence of Terasasi and payments it received only emerged when the French prosecutors’ documents came to light. It is time the Malaysian government reveals the role that Terasasi played in the Scorpene deal.

The Scorpene scandal has been fueled by the gruesome murder of Mongolian intermediary, Altantuya Shaariibuu, in 2006. According to the testimony of Razak Baginda’s private investigator, Altantuya, was allegedly the mistress of Abdul Razak Baginda and she had been harassing him for a portion of the commission that had been promised her.

In the cautioned statement by one of the two persons charged for Altantuya’s murder, Sirul Azhar told authorities he and Azilah had been offered RM100,000 to kill the woman who was causing embarrassment for Abdul Razak Baginda. 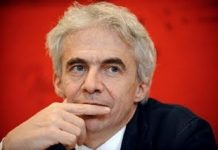 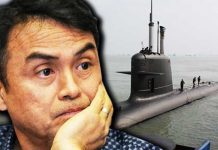 A French indictment is a charge, and Razak Baginda has been indicted

ENFORCED DISAPPEARANCE OF ALTANTUYA SHARIBUU BY TWO POLICE BODYGUARDS TO THE THEN DEPUTY PRIME MINISTER & DEFENCE MINISTER, THE PRESENT PRIME MINISTER OF MALAYSIA

Finally after all these years, there will be lights at the end of the tunnel.