Suara Rakyat Malaysia (Suaram) strongly condemns the violence shown by Red Shirts supporters and calls for stern action against instigators and provocateurs attempting to cause chaos and violence against participants of the peaceful and orderly Bersih 5 Convoy.

The rhetoric of violence advocated by Jamal Yunos and his supporters can no longer be seen or remotely considered as verbal brinkmanship. The events and escalating violence documented in the past few weeks have make it undeniably clear that Jamal Yunos and the Red Shirts that he leads plots to derail Bersih 5 through whatever means available to them.

The scuffle that took place on 15 October 2016, when Red Shirt supporters physically assaulted a Bersih 5 convoy participant and manhandled members of the media who were present at the scene marks a dangerous precedent for all. As the ringleader of the group, Jamal Yunos must immediately apologise for his unconscionable acts of violence and cease with his violent attempts to derail and intimidate the Bersih 5 convoy.

On this note, Suaram reminds the Royal Malaysian Police that it holds a unique and crucial role in providing and protecting freedom of assembly. Their role in this is not only a responsibility not to restrict, but also a responsibility to facilitate any peaceful assembly.

To this end, Suaram applauds the commendable support and assistance shown by the police force throughout the weeks and strongly supports the neutral and impartial assistance to participants on the ground for safety and security reasons.

On the other hand, the growing threat shown by the Red Shirt supporters suggest that more proactive steps need to be taken to mitigate and defuse these ‘counter-protesters’ before any untoward incident takes place. To this end, Suaram calls for a swift investigation into the criminal acts committed by Jamal Yunos and his supporters and for them to be prosecuted accordingly.

Myanmar must protect civilians in Rakhine, address roots of conflict 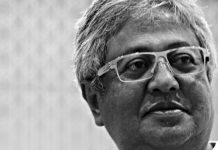 No room for mob rule in loving constitutional monarchy 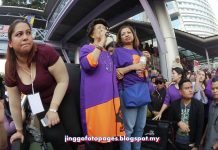