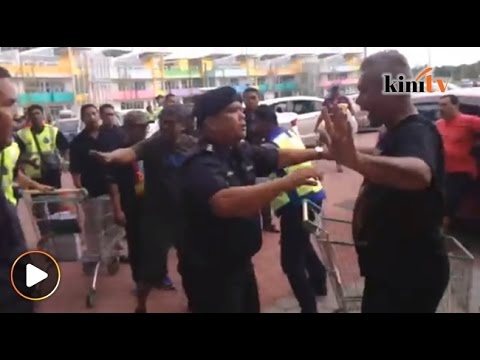 Malaysian authorities should swiftly bring to justice those responsible for harassing three journalists, the Committee to Protect Journalists has said.

Members of a pro-government group threatened journalists covering a confrontation between a group associated with the ruling party and a rival group on 15 October, according to press reports.

Videographer Akil Yunus was surrounded and forced to delete pictures he had recorded on his cell phone, according to a video interview with him published on The Star’s website. One unidentified assailant took a picture of the journalist’s media identification tag, the report said. The assailants repeatedly asked if any of the three reporters were affiliated with the news website Malaysiakini, which is known for its critical reports of the Umno government, the report said.

“Malaysia should fully prosecute those involved in the attack on The Star’s reporters, including any political leaders found to be complicit in the ‘red shirt’ group’s attempt to suppress news of its intimidation tactics,” said Shawn Crispin, CPJ’s senior South East Asia representative.

“Prime Minister Najib Razak should send a clear message to all of his supporters that assaults on journalists will not be tolerated and that all media groups will be protected equally from harassment and violence.”

Police Superintendent Ruslan Abdullah told reporters that three suspects had been arrested and other alleged perpetrators were under investigation, according to news reports. Ruslan said authorities were pursuing the case under section 105 of the Criminal Procedure Code and section 506 of the Penal Code, which deal with issues of criminal intimidation, the reports said. One of the attacked journalists filed a police report over the incident, news reports said.

The assault on The Star reporters coincides with news that Bersih 2.0, a coalition of nongovernmental organisations calling for free and fair elections, plans to stage on 19 November 2016 a mass street protest to call for Najib’s resignation over a financial scandal involving a state investment fund he created and oversees. Authorities have censored, harassed, and threatened local and foreign journalists who have reported critically on the fund.

CPJ is an independent, nonprofit organization that works to safeguard press freedom worldwide.