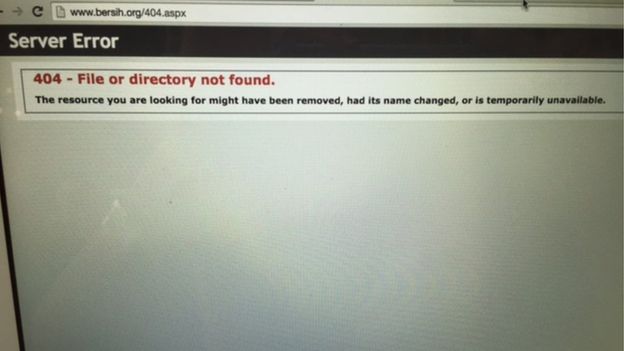 The participation of all Malaysians in exercising their rights to freedom of speech and expression, information and association, both online and offline, ought to be encouraged, not curtailed, says Robyn Choi.

Hakam views with disquiet the news reports that the government plans to further regulate the use of the internet, especially online media, through amendments to the Communications and Multimedia Act 1998 (CMA).

The Bill to amend the CMA is expected to be tabled at this parliamentary sitting, which commenced on 16 May. The specific CMA amendments sought for have not been made public.

Hakam fears that the proposed amendments will most likely have the effect of further stifling freedom of speech online through the usual means of:

In the past two years, the government had severely interfered with freedom of speech through:

In 2015 alone, no less than 1,263 websites were blocked by the Malaysian Communication and Multimedia Commission (MCMC).

In 2016, January to February, a further 399 websites were blocked by the MCMC, and 22 persons called in for questioning over online content. According to Communications and Multimedia Minister Salleh Said Keruak, the 399 websites blocked in January and February 2016 include online gambling, scams, prostitution, and websites that contain obscene, lewd, false content and others.

The climate of fear and censorship created by the government in cyberspace does not bode well for the 20m Malaysian internet users, internet technology companies and their investors, the internet service providers, media groups and online businesses.

For parliamentary democracy to flourish, the participation of all Malaysians in exercising their rights to freedom of speech and expression, information and association, both online and offline, ought to be encouraged, and not curtailed.

The internet holds the promise of guaranteeing the constitutional right to freedom of expression for any Malaysian, where anyone with access online can speak one’s mind, without need for the approval of editors or publishers.

Hakam calls on the government, in particular the MCMC to abandon entirely all plans or proposals that threaten online freedom.

Instead, Hakam urges the MCMC to adopt greater transparency in carrying out its stated mandate and policy objectives, inter alia:

“i) to make Malaysia a major global centre for communications, information and content services,
ii) (to) develop a Malaysian civil society based on information-services,
iii) to nurture local information resources that will facilitate a national identity and global diversity,
iv) (to) regulate for the benefit of end-users and promote consumer confidence in delivery of services etc.”.

If the government is adamant in tabling in Parliament its proposed amendments to the CMA, Hakam urges the attorney general’s chambers to disclose any proposed bill with sufficient time for civil society to give its views prior to the bill being considered and debated in Parliament.

Robyn Choi is secretary-general of Hakam. This statement was issued on behalf of the Hakam executive committee.