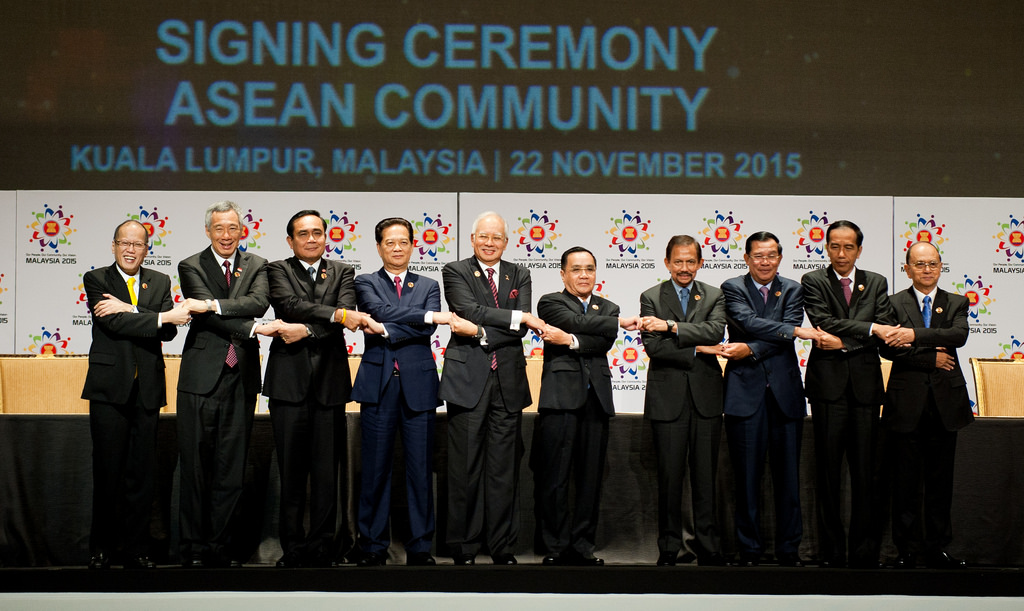 United States President Barack Obama should ensure that human rights are a central focus in the upcoming summit of Southeast Asian leaders in the US, Human Rights Watch said on 19 January 2016 in a letter to Obama.

Obama is scheduled to host the leaders of the 10-country Association of Southeast Asian Nations (Asean) on 15-16 February 2016 at the Sunnylands estate in California.

“Asean’s many authoritarian leaders include people implicated in grievous human rights abuses, war crimes, and coups d’etat that would make them ineligible for US visas if they weren’t heads of government,” said John Sifton, Asia advocacy director at Human Rights Watch.

Human Rights Watch urged Obama to hold sessions around the summit in which governments hear directly from leaders of civil society, human rights, and environmental groups, as occurred during the August 2014 US-Africa Summit in Washington, DC.

Obama should also communicate to Asean governments that they should, ahead of the summit, release significant numbers of political prisoners and drop charges against those facing politically motivated prosecutions – or expect those issues to be raised publicly at the summit.

One of the Asean leaders, Prime Minister Hun Sen of Cambodia, has ruled over Cambodia for more than 30 years, using violence, intimidation, and politically motivated arrests and prosecutions against all perceived opponents, while allowing high-level corruption and cronyism to flourish. He refused to step down after losing an election in 1993, and subsequently carried out a coup in 1997. He is also implicated in possible crimes against humanity committed in the mid-1970s in eastern Cambodia when he was a commander in the Khmer Rouge.

Support the struggle to build a Malaysia based on Justice, Freedom, Solidarity:
READ MORE:  The murder of Rohingya human rights activist Mohib Ullah

The latest election in 2013 was fundamentally flawed and the opposition leader, Sam Rainsy, is now living in exile to avoid arrest in politically motivated cases. Because of his dismal human rights record, it has long been US policy not to offer an official invitation to visit the US to Hun Sen.

Other Asean leaders expected to attend include four unelected heads of government. Thailand’s Prime Minister Gen. Prayut Chan-ocha, who took power in a 2014 military coup, has presided over a relentless crackdown on peaceful dissent and assembly.

Prime Minister Nguyen Tan Dung of Vietnam and President Choummaly Sayasone of Laos preside over one-party authoritarian states that deny basic freedoms and use censorship, intimidation, and torture to maintain their party’s hold on power.

The sultan of Brunei, Hassal Bolkiah, one of the world’s few remaining hereditary government leaders, has imposed a near complete ban on freedoms of expression, association, and assembly.

The prime minister of Malaysia, Najib Razak, implicated in a major corruption scandal, has engaged in a major crackdown on the political opposition, civil society groups, and the media, including imprisoning opposition leader Anwar Ibrahim on trumped-up charges.

“President Obama shouldn’t be rewarding abusive leaders with the prestige of a summit in the US,” Sifton said. “Inviting to the US people who dismantle democracies or systematically repress their own people sends the wrong message to the world about the US government’s respect for basic rights and freedoms.”

Human rights issues especially relevant to Asean countries include the lack of free and fair elections; excessive restrictions on freedoms of expression, association, and assembly; unnecessary restrictions on civil society groups; abuses against human rights defenders and other activists; women’s rights; political use of courts; high-level corruption; lack of protections of refugees and asylum seekers; human trafficking; and the rights of lesbian, gay, bisexual, and transgender (LGBT) people.

READ MORE:  Reflecting on human rights and peace in Timor-Leste as an 'outsider'

“The US government’s diplomatic ‘rebalance’ to Asia could still bring positive change if human rights and democracy are raised to the same level as other US priorities in the region,” Sifton said. “Obama should make it publicly clear to Asean leaders that he plans to make human rights issues a central part of the summit.”