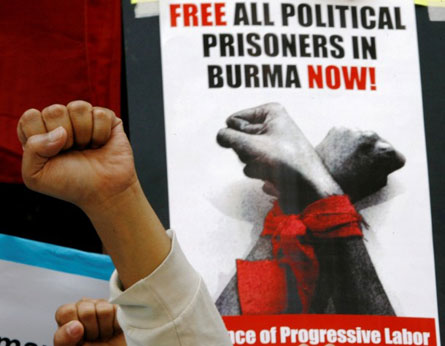 The government of Myanmar should drop all charges and immediately and unconditionally release 53 men and women detained since March for their role in peaceful protests in the town of Letpadan in Bago Region..

A new report, released on 25 January 2016 by the All Burma Federation of Student Unions, the Letpadan Justice Committee and Justice Trust, finds that detainees are suffering from serious medical conditions in Thayawaddy Prison, where they have languished for more than ten months without access to adequate healthcare.

Twenty-four of the 53 detainees in Thayawaddy Prison have serious and potentially life-threatening medical conditions, including tuberculosis, severe hypertension, and gastrointestinal diseases.

The presiding judge and prison authorities in the case have restricted the ailing detainees’ access to healthcare services by denying them transfer to appropriate medical facilities. The government of Myanmar has ignored multiple petitions calling for redress issued by the Letpadan Justice Committee — a group established by the detained students and their parents to raise concerns about the trial proceedings and the treatment of detainees.

“Nothing can justify the way these detainees have been treated,” said Matthew Smith, Executive Director of Fortify Rights. “Continued detention in these conditions could become a matter of life and death. The government of Myanmar should take immediate steps to ensure detainees receive appropriate medical attention.”

The 16-page report, Medical Crisis for Political Prisoners of Letpadan Case, finds that the urgent medical conditions of the detainees are the result of beatings by police during the violent crackdown in Letpadan in March, unsanitary conditions in Thayawaddy Prison, and the authorities’ prolonged denial of medical care to detainees.

The report is based largely on in-person interviews with detainees and a quantitative survey conducted by a team of Myanmar researchers and medical practitioners in August, November, and December 2015.

Dr Thet Min, a medical practitioner with 36 years experience, led the research team and visited detained protesters in Thayawaddy Prison on 17 November and 1 December 2015. His conclusions are included in the report.

“There is no question that a lot of the medical deterioration [of the detainees] is from lack of care. The students of Letpadan need and must receive effective treatment,” said Dr. Thet Min in the report. “The authorities must address and improve sanitation and living conditions [in detention] to ensure patients don’t contract any other diseases.”

On 1 December, nine months after the trial began and following numerous petitions for urgent healthcare as well as a hunger strike by several detainees, the presiding judge finally authorised the transfer of 18 detainees to Yangon Hospital for medical examinations. Nevertheless, the health of the detainees continues to deteriorate.

The new report also alleges that prison authorities sent several of the Letpadan detainees to solitary confinement and denied them access to adequate food and water. The prison authorities also reportedly sexually and verbally abused six women of those detained for their involvement in the protests at Letpadan, including through “invasive body searches”.

“Allegations of sexual abuse demand immediate attention,” said Matthew Smith. “President Thein Sein and his government bear ultimate responsibility for the treatment of these detainees and should intervene immediately on their behalf.”

The UN special rapporteur on the situation of human rights in Myanmar Yanghee Lee issued a communication on 6 March — four days before the brutal police crackdown in Letpadan — expressing concern at the significant presence of security forces surrounding the protesters and calling on the Myanmar government to protect the legitimate exercise of human rights activities in Letpadan.

The government responded to the UN communications on 15 May and 31 July, denying any wrongdoing and alleging the protesters engaged in “wrongful acts such as giving talks, making incitements, making media announcements and engaging in the [sic] long-range protest marches”.

Customary international law requires Myanmar authorities to provide adequate medical care to anyone deprived of their liberty. The Myanmar authorities’ failure to provide the Letpadan detainees with access to adequate medical care violates their rights to health and nondiscrimination and violates the United Nations’ Standard Minimum Rules on the Treatment of Prisoners.

The Standard Minimum Rules for the Treatment of Prisoners say that “[s]ick prisoners who require specialist treatment shall be transferred to specialised institutions or to civil hospitals” and that a qualified medical professional “shall see and examine every prisoner as soon as possible after his [or her] admission and thereafter as necessary, with a view particularly to the discovery of physical or mental illness and the taking of all necessary measures”.

Healthcare professionals should be granted access as required to any physically or mentally sick prisoners, and those suspected of having infectious diseases should be separated and treated accordingly.

The government of Myanmar should uphold the basic standards for the treatment of prisoners and facilitate an independent investigation into alleged abuses in Thayawaddy prison, Fortify Rights said.

In October 2015, Fortify Rights and the Harvard Law School International Human Rights Clinic published an 84-page report, Crackdown at Letpadan, which found that police used excessive force to arrest and detain 127 protestors, journalists, and bystanders in Letpadan on 10 March 2015. Fortify Rights and the Harvard Clinic interviewed dozens of eyewitnesses and analyzed more than 500 photographs and 40 videos of the police crackdown on 10 March.

The report documents how police punched, kicked, and beat unarmed protesters with batons on their heads, backs, and legs in Letpadan on 10 March. Police also beat protesters in police custody while their hands were bound behind their backs.

“President Thein Sein has an opportunity to make this right before his administration ends,” said Matthew Smith. “He should release all political prisoners immediately and unconditionally.”

Sorry not the hardest word, Tiong 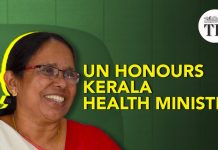